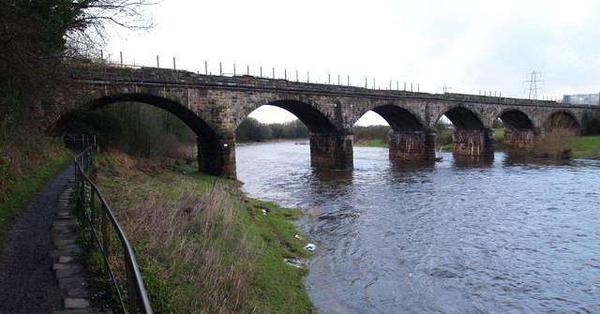 A long-disused railway viaduct in Carlisle could finally be opened up for cycling and walking access – thanks to, of all people, the Highways Agency.

The Government body, which runs the motorway and trunk road network, incongruously took over a number of old British Rail structures as part of the current Government’s ‘Bonfire of the Quangos’, which saw the last remnants of British Rail abolished.

Now, they are responding positively to a long-running local campaign to open up the Waverley Viaduct over the River Eden. The bridge, in the west of the city, would link Hadrian’s Cycleway with National Cycle Network route 7, and provide a way for people from north-west Carlisle to easily access the infirmary. Cycle Carlisle describe it as “a safe, green easy route from the north of the city to the south”.

“We are indeed in ongoing discussions with a group about re-opening the viaduct for pedestrian access. Although we are limited in the kind of practical support we can offer and issues such as the planning permission still need to be resolved, the Highways Agency is very supportive of the [local campaign] group’s aspirations and the idea of them forming a trust to help reopen and manage the bridge.”

The bridge could also become part of the English Coastal Path, mooted as a long-distance walk around England’s coastline – following the successful paths in Wales and the South-West. Likewise, Hadrian’s Cycleway and NCN 7 together form a coastal cycling route around the Solway Firth.

You can find out more about the campaign for the viaduct at www.savethewaverleyviaduct.co.uk.

Previous story: Oxford junction plans fail to win over cyclists
Next story: Cyclists to be ‘caged’ in new Bolton route