Over the Failand Heights (140 m), down Beaumont Hill, up Backwell Hill (200 m), down Brockley Coombe, and over Wrington Hill (150 m), descending steeply to the pleasant small town of Wrington with its magnificent church and Georgian Broad Street. Thence along above the edge of the marshes to Congresbury whence the northern part of the Strawberry Line starts a generally flat return apart from a small encore past St Andrew's church (60 m) in Backwell.

Good views from Failand, Beaumont Hill, and Wrington Hill. The bends on Beaumont Hill create sudden distant glimpses. Brockley Coombe is a long dark tunnel of trees with cliffs hidden to the right on the lower section. Slow down to see them.

Coffee, tea and cake at Mother Hen's in Wrington, except Mondays. Ale, coffee and deserts at The Plough.

Picnic spots at Failand, on the Millenium Way near Tyntesfield Sidings, the Strawberry Line and in Cleeve quarry. Uses the very verdant Common Lane to Lower Failand, the more conventional route up Failand Lane from Portbury is also possible.

Fast descents of Beaumont Hill and Brockley Coombe, the first often has surprisingly little traffic, the latter tends to be busier. A short stretch of the A370 entering Backwell has a 30 mph limit. Walk across the A369 in Easton in Gordano to reach Common Lane. Otherwise generally quiet roads. 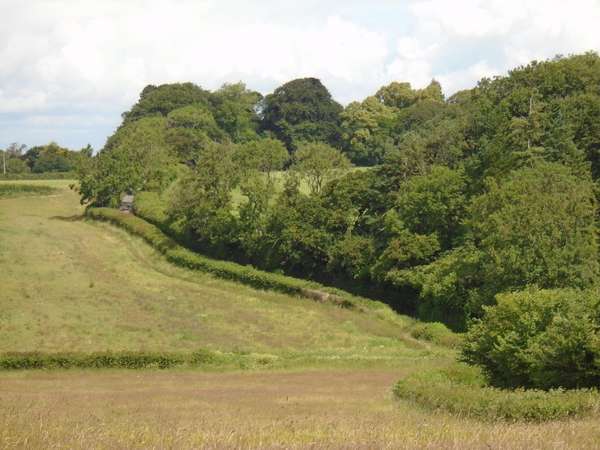 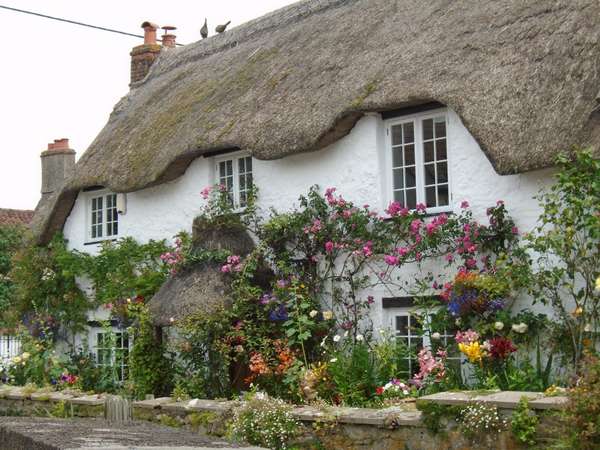 Gem of a cottage garden at the crossroads in Backwell Farleigh 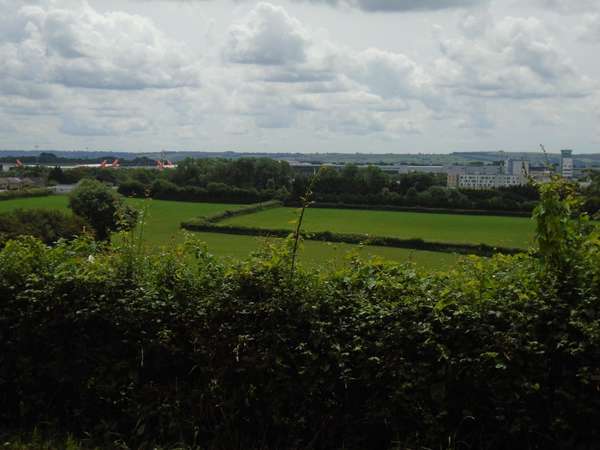 Looking down on the airport from Backwell Hill 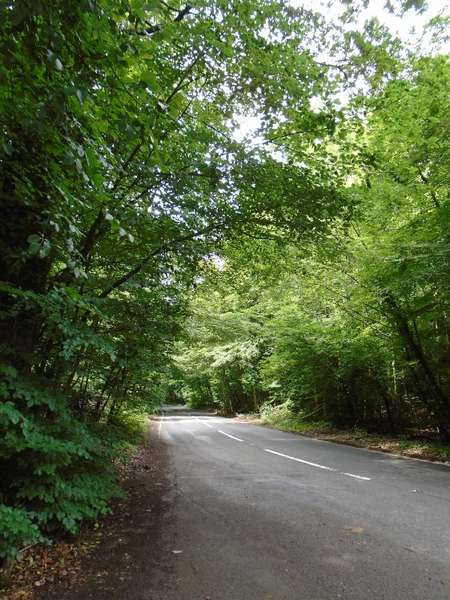 Brockley Coombe: into the trees 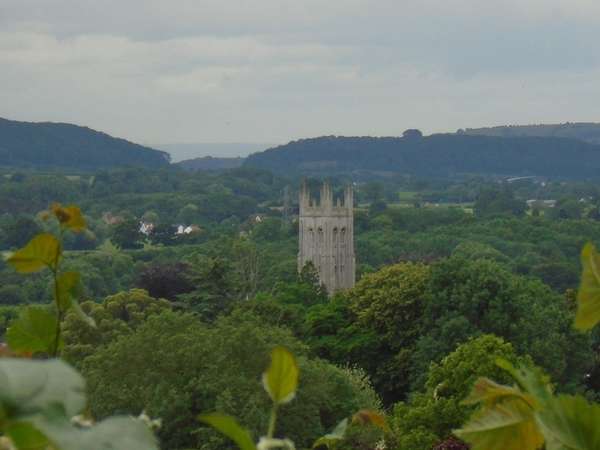 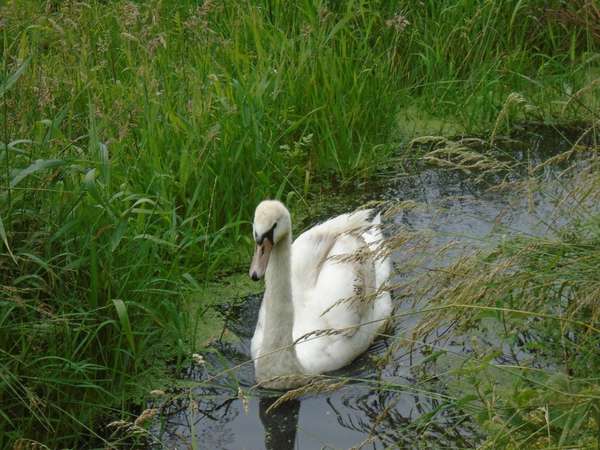 And back across the levels... ... Claverham Drove Rhine.

North Drove, Nailsea - Out onto the moor

A bridleway diversion out into the middle of Tickenham Moor. Also an alternative route from Nailsea Wall to the Causeway and Tickenham. 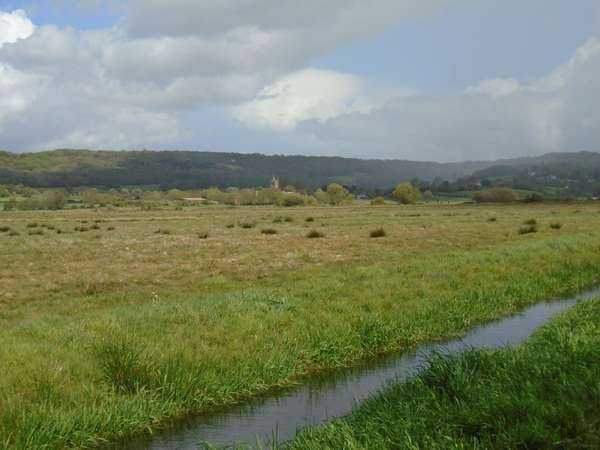 Church of Saints Quiricus and Julietta, Tickenham, seen across the moor - shower clearing. 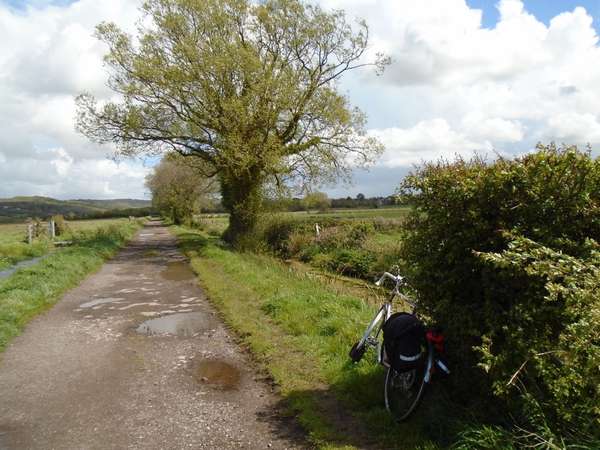 BS9 to Walton in Gordano circular - marsh and estuary

A short circular outing over the Avon bridge featuring the Gordano levels, with their several nature reserves. Crosses Clapton-in-Gordano reserve to Walton and climbs the hill to return along the coast road with estuary views, descending past the Lake Garden and grounds and round the pier end of Portishead, passing the dock and across the ecology park on the return to Sheepway.

A disproportionally lengthy return through Portishead and Pill, alleviated by the seaside features and views. Return to outward route past St Georges in Easton in Gordano above Pill and return under the railway bridge and past the harbour inlet.

Acceptable shared path beside Harbour Road in Portishead. The road is in any case not exceptionally busy. Portway shared cycle path as usual just acceptable for one way use. Take care meeting oncoming cyclists in the sections with no verge between path and road. Noise from the M5 above somewhat obvious in the Gordano valley. 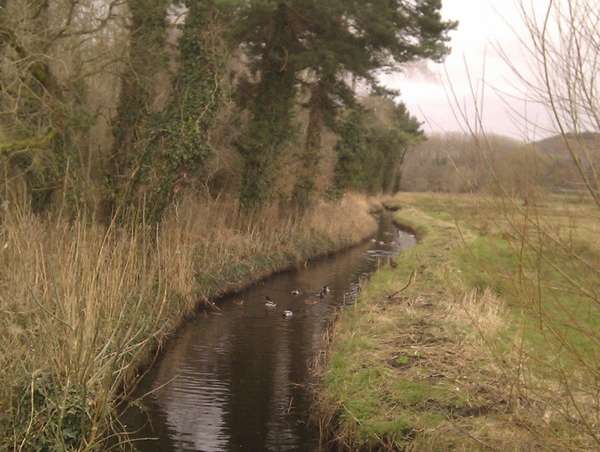 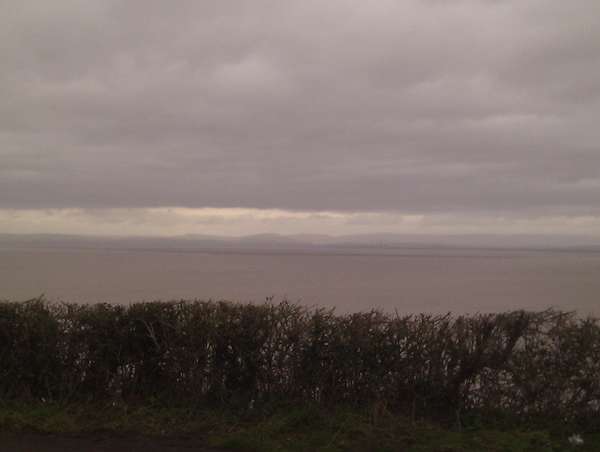 Welsh hills across the Severn in February murk 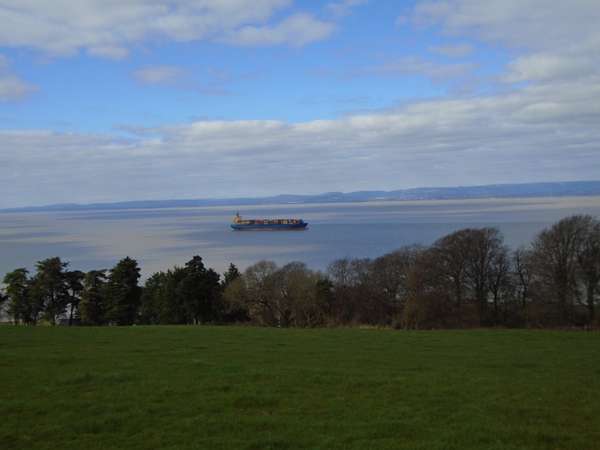 Brighter in March: MV Elbspirit heading for Portishead, seen from the coast road. 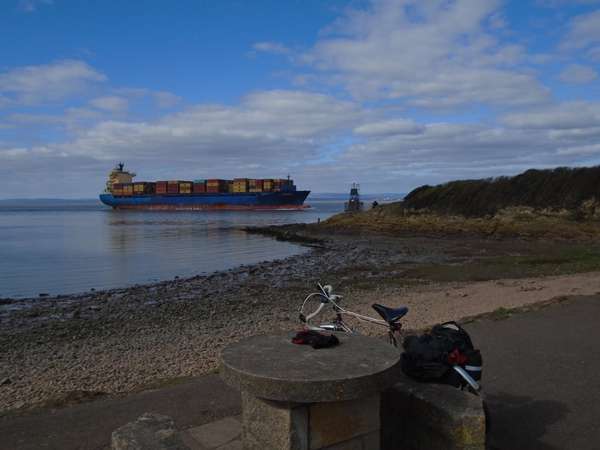 And about to pass behind Battery point at Portishead, obviously not at its full 17 knots or it would have overtaken me on the coast road.

Along the edge of the marshlands, over the Old Down ridge, then skirting the historic marshland edge town of Thornbury passing the church and castle. Into the Little Avon valley and round by the north to the Cotswold edge town of Wotton-under-Edge. Thence south along the edge through the villages of Morton, Alderley and Hillesley before descending to cross the north of Inglestone Common with return across the Ladden Vale through Cromhall, to Alveston and back to the Severn Side marshlands.

Generally quiet roads, direct crossings of the A38 in Lower Stone and Alveston; somewhat fast, but low traffic, B4058 section south of Cromhall. The side loop west of Wickwar is more amusingly rural but not necessary for traffic reasons.The route shown is the only way through Wotton-under-Edge from the north, Long Street being one way upwards, unless you walk south from the bottom of Long Street after descending Sim Lane. Roadside snack spots near the Little Avon bridge and in the old Tytherington quarry. 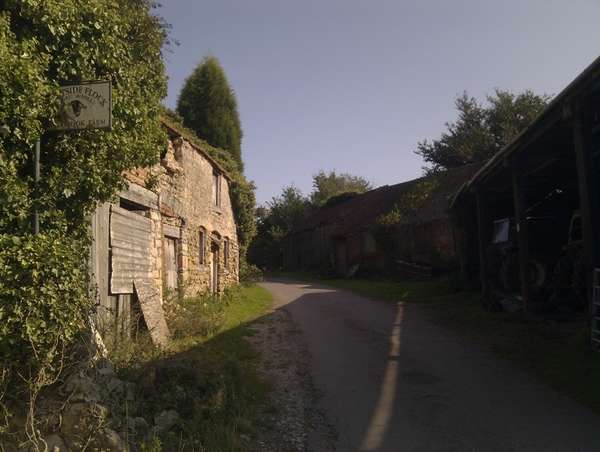 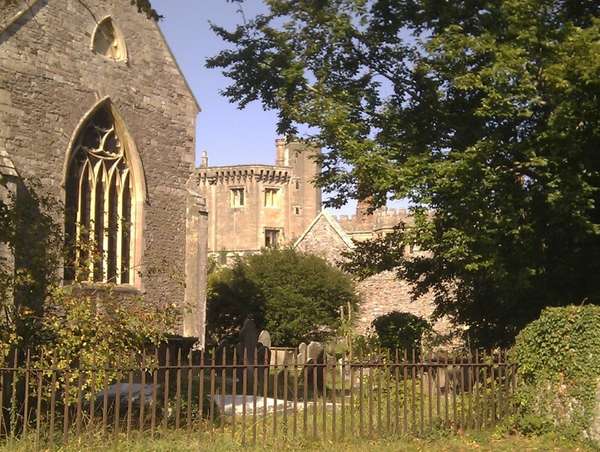 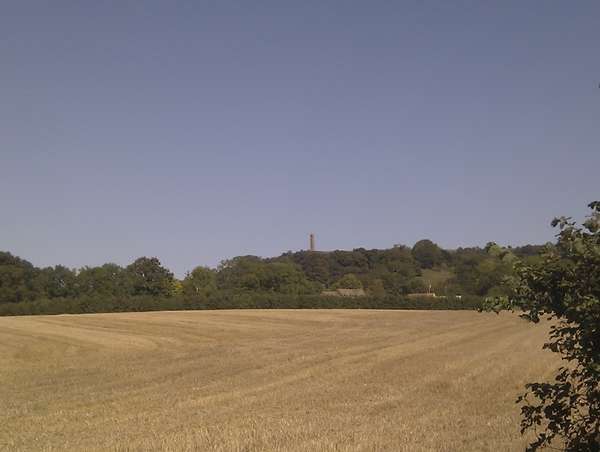 Autumn near Horley - the Tyndall monument looks down on stubble 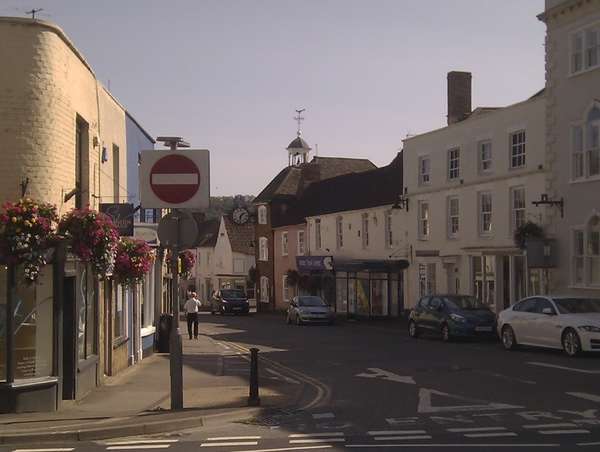 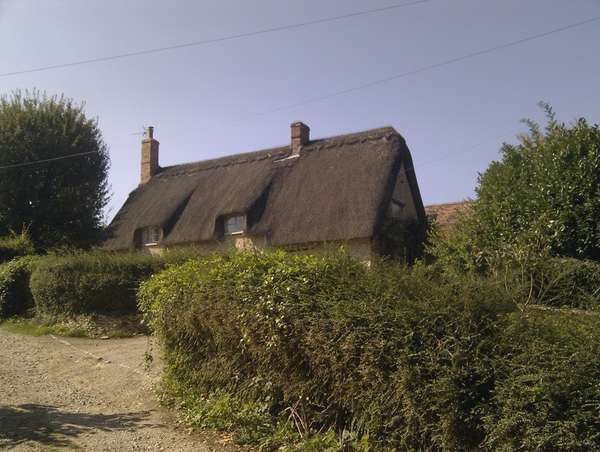 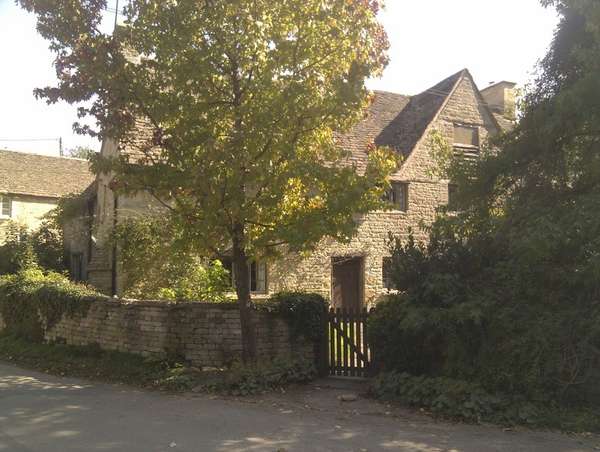 Typical Bristol transit route as created by the planner. Quite a reasonable route, there are now broad shared pavements on most of the parts of the A403 used, probably excepting the first railway bridge. The second bridge, over the entrance to the former Avalon works, now the incinerator (sorry 'Energy from waste') site has a short section of narrow pavement. Direct but somewhat industrial, there are more attractive ways through NW Bristol. Still, with 160 odd kilometres of mostly rural riding perhaps some industrial estates, warehouses, docks, car pounds, tank farms, incinerators and so on make a refreshing and memorable change.

In Lawrence Weston I would use NCN41 past Saint Bede's school rather than Kingsweston Lane.

A rural approach up the Gordano  valley towards Pill and the Avonmouth bridge. 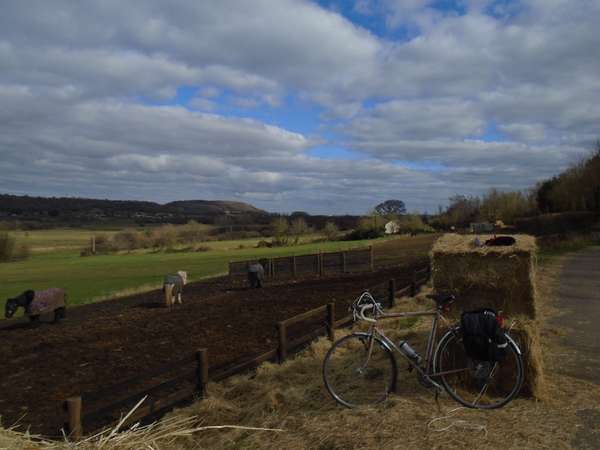 A refreshing change as you pass through over a century's historic industrial, warehouse and dockland scenery. Your route seen in the distance from Kingsweston Down. 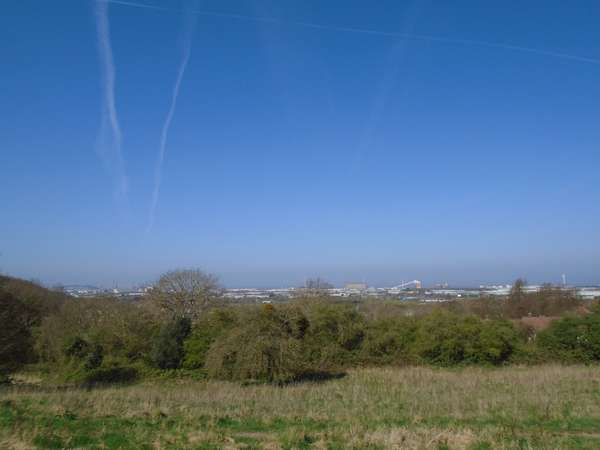 But, all too soon, a return to country life, Bilsham Lane. 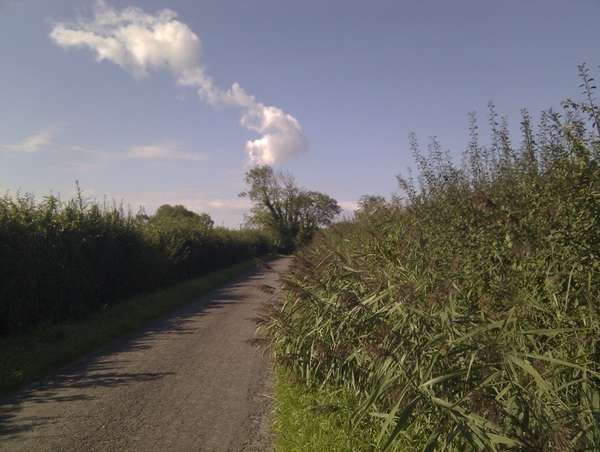