The Hydro-Electric Tour Day 4 of 4

We could afford a leisurely start to our final day as our transport wasn't due to pick us up in Pitlochry until 14:00 and Pitlochry was only 17 miles away along NCN Route 7. So after allowing the tent and our wet weather gear to dry out thoroughly, we packed up and retraced our route back to Weem to rejoin Route 7. 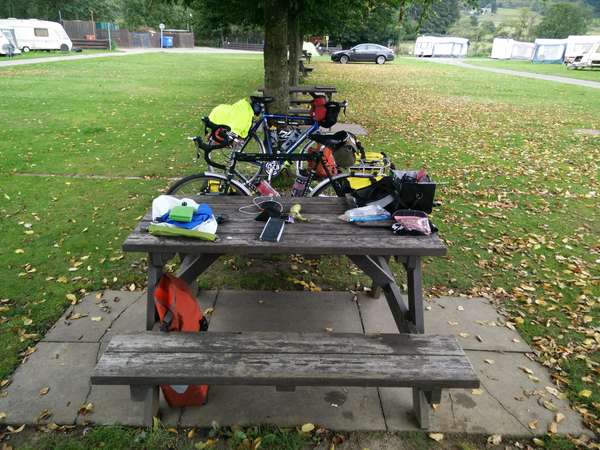 Route 7 folows a quite "C" road along the North bank of the River Tay, just after the village of Strathtay it meets the A827 where it doubles back and crosses the Tay on a cycle path next to the main road. 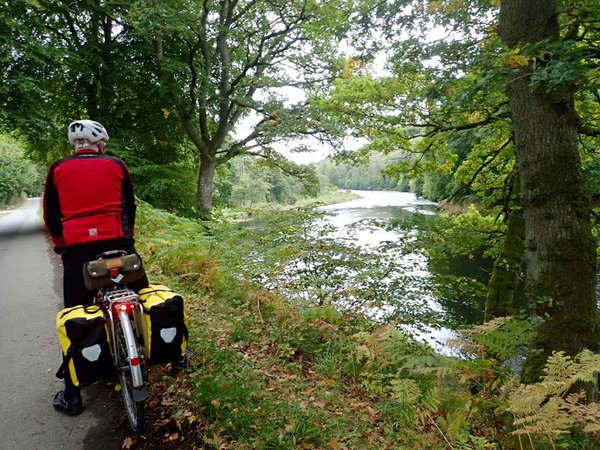 Once on the South side of the Tay Route 7 follows the B898 to Balnamuir, where it leaves the road to cross back over the Tay on the old Logierait Railway Bridge, which is now owned by the local community.

Will The Bridge Hold Us? 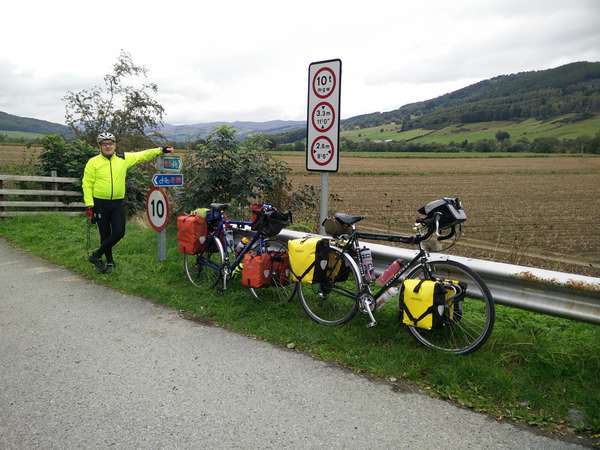 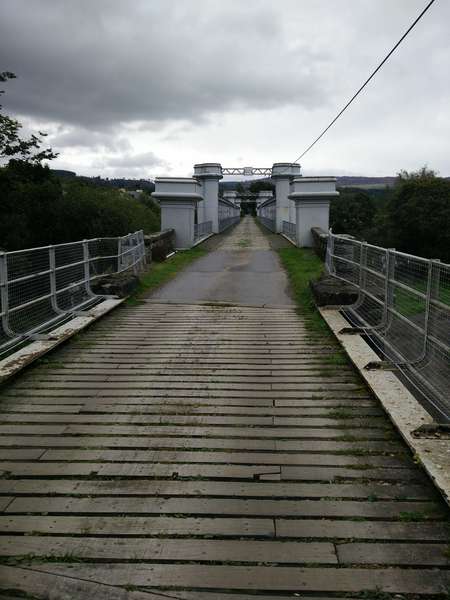 Once we'd crossed the bridge and the A827, there was a short steep climb on Route 7 out of Logierait, the gradient then eased until the steep climb at Killichangie. After that it was a long descent into Pitlochry where Route 7 took us over a footbridge over the River Tummel, with fine views of our sixth power station (Pitlochry) and into the main street.

Although this tour took us 4 days, both day 1 and day 4 were only half days to allow us to travel to and from Pitlochry. The total length of the tour is 121 miles with 7,700' of climbing, so some low gears were required. The upper reaches of Glen Lyon are remote and the road/track over to Glen Lochay is high and very exposed, so you need to be properly prepared, particularly if you're planning to wild camp, like we did. We decided to call it the Hydro-Electric tour because of all the Hydro-Electric infrastructure we passed along the route, 6 power stations, 5 dams and various pipelines and aqueducts.