The Hydro-Electric Tour Day 2 of 4

We retraced our route back along the South side of Loch Rannoch, towards Kinloch Rannoch, where we followed the "C" class road which runs along the South side of Dunalastair Reservoir and the Northern flanks of Schiehallion up to meet the B846 at the top of the pass at the watershed between the River Tummel to the North and the River Tay to the South. The route was fairly flat for the first 5 miles, then we climbed fairly constantly for the next 2 miles, including some fairly steep sections, the remaining 5 miles to the summit were a bit undulating. 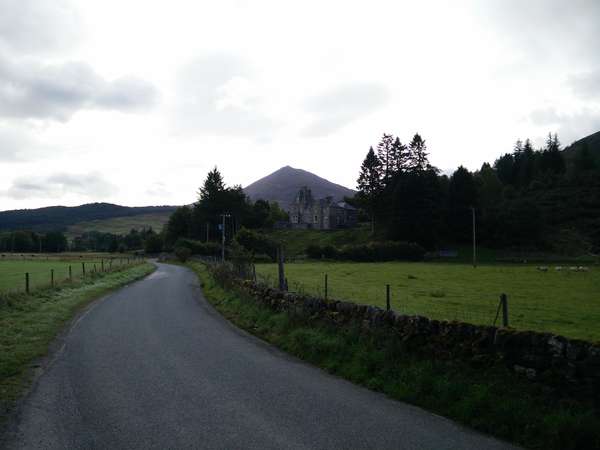 After a brief stop for an early lunch at the summit, we commenced the long descent down the B846 towards Keltneyburn, where we turned left to head towards Fortingall and Glen Lyon. The descent is long and quite steep and bendy in places, so caution is required, particularly if fully loaded. The Fortingall Yew, reputed to be the oldest tree in Scotland, is located in the Churchyard at Fortingall and is definitely worth a visit. 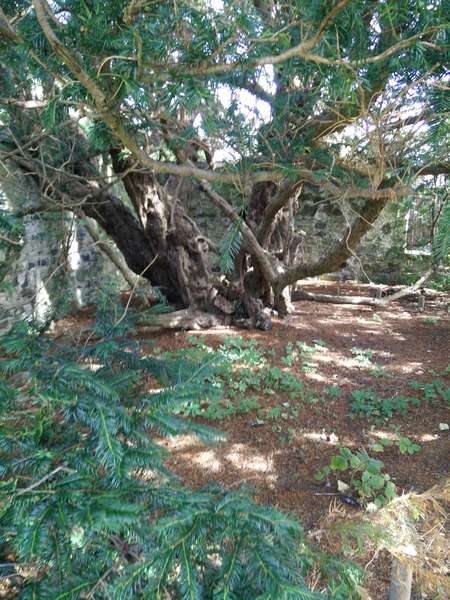 Just after Fortingall, we took a right turn and entered Glen Lyon proper, we would be climbing constantly for the next 25 miles. Glen Lyon is a very picturesque Glen, which is hemmed in on both sides by high mountains, at the bottom end it is very narrow, almost gorge like, whereas at the upper end near Lubreoch, it opens out into quite a broad Strath. The Old Post Office at Bridge of Balgie, is a great cafe selling no nonsense tea and coffee and wonderful home made cakes, it also sells some basic provisions, it's a popular stop for visitors to the Glen. So after fueling up on coffee and cake and getting our water bottles filled we headed towards upper Glen Lyon.

Coffee & Cake at Bridge of Balgie 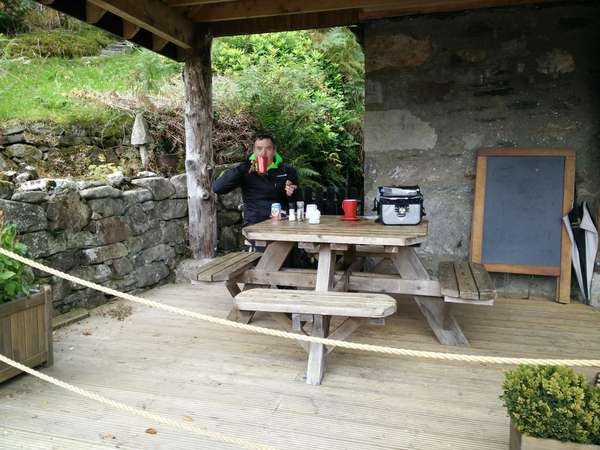 From Bridge of Balgie the road up the Glen became much quieter and the Glen gradually became wilder. We passed our third power station (Cashlie) on the banks of Stronuich Reservoir. 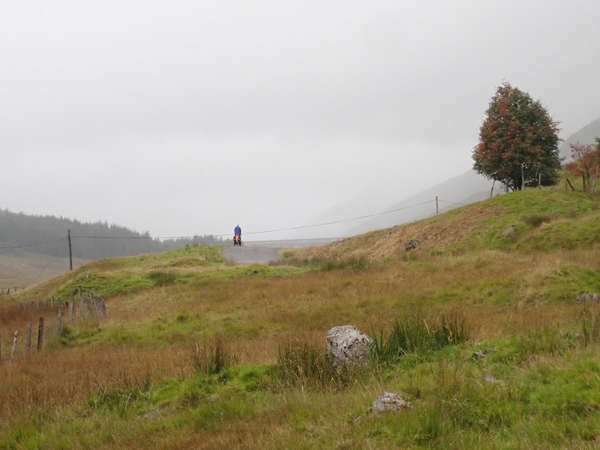 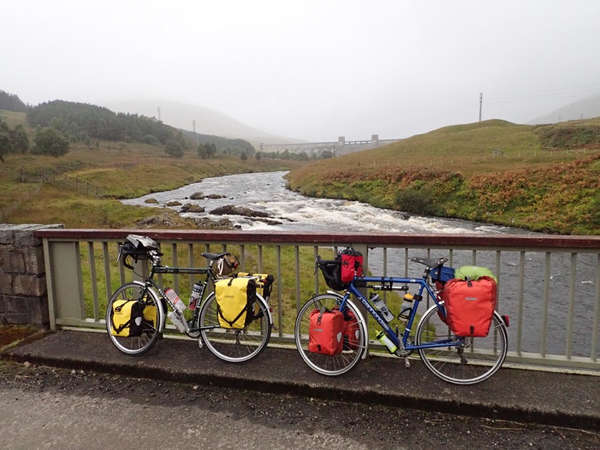 When we reached the dam at Lubreoch and our fourth power station (Lubreoch), we took a track along the South side of the dam to a wild camping site on the shores of Loch Lyon (GR446,417), we had to negotiate a locked gate, the track was a bit rough and the campsite was a bit exposed, but the ground was level and well drained.