The Hydro-Electric Tour Day 1 of 4

This 120 mile 4 day tour came about because my friend Mike wanted to cycle the full length of Glen Lyon (which is supposed to be Scotlands's longest enclosed Glen at 34 miles), but we didn't just want to do an out and back ride up to the head of the Glen and back to Fortingall. So, after careful studying of the OS 1:25,000 map of the area, we discovered that there was an unclassified road that ran from Lubreoch at the head of the Glen, where the Lubreoch Dam holds back the waters of Loch Lyon over to Glen Lochay, where a "C" road runs down the Glen to the village of Killin which is located on NCN Route 7 as it heads from Callander to Aberfeldy and then Pitlochry on it's way North. We'd previously put together a touring route for a friend, which included Loch Tummel, Loch Rannoch and the climb over to Aberfeldy, but had ignored Glen Lyon. So the challenge was to stitch all the above into a multi-day tour, which would start and finish at Pitlochry, include a night of wild camping at the head of Glen Lyon and two nights on campsites, one at Loch Rannoch and one at Aberfeldy. As this was a predominantly on road tour, both Mike and I used our road touring bikes, with front and rear panniers.

We left Pitlochry early on a Friday afternoon in September, both bikes heavily laden with provisions, as we knew there were no shops of any size until we reached Killin on Day 3. Because we wanted to cycle along the road on the Southern side of Lochs Faskally and Tummel, we headed to the Pitlochry Boating Station along Clunie Bridge Road, where we pushed the bikes along the footpath which traverses Loch Faskally via the Clunie Bridge, which is an aluminium trussed footbridge, the only one of it's kind in Scotland. This route avoids any contact with the busy A9. 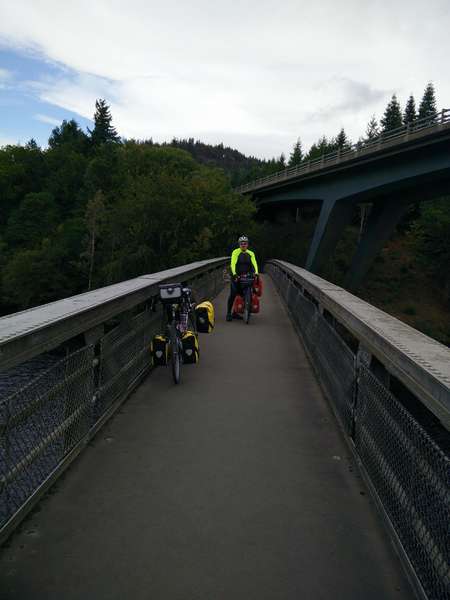 Once across Loch Faskally, we started cycling west along the "C" class road towards it's junction with the B846. The road stuck fairly close to the side of Loch Tummel and as a result it undulated quite a bit as it crossed the multitude of burns that flowed down from the hillside, there was one very steep climb about 3 miles in which required some pushing. We passed our first of many power stations (Clunie) after about 2 miles. 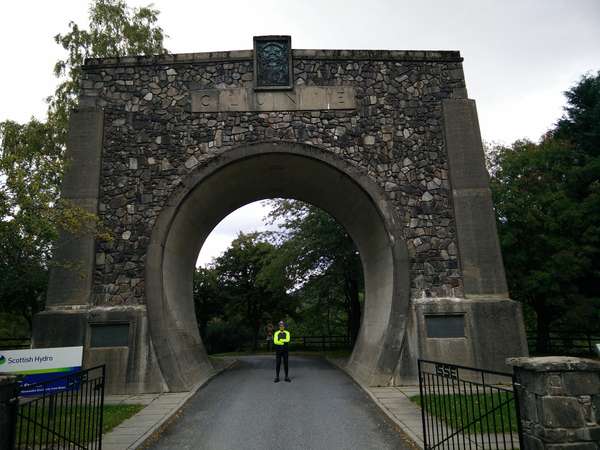 After about 10 miles we met the B846 and followed it down into Tummel Bridge, where we passed the second power station (Tummel). From Tummel Bridge we continued westwards along the B846, the road climbed fairly gently until we hit a fairly stiff climb at Dunalastair, but at the top we were rewarded with great views over Loch Dunalastair. We had a fairly steady run into Kinloch Rannoch, where we left the B846 and headed for the "C" class road which ran along the South side of Loch Rannoch towards the Forrestry Commision campsite at Kilvrecht. This is a basic camp site which has toilets and washing facilities with cold running water;  no hot water or showers, but it is in a great location, is cheap and was pretty quiet when we were there in mid September. 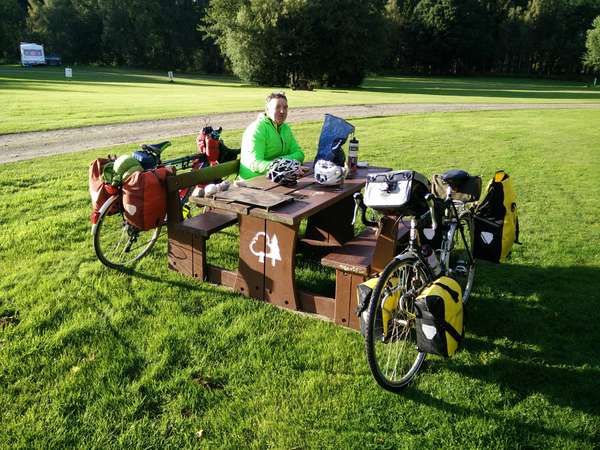