The Bridges Tour Day 1 of 3

This three day on & off road tour started off as a challenge to create a 2-3 day circular tour based on my friend Mike's home town of Nairn.

NCN Route 1 passes through Nairn, NCN Route 7 joins Route 1 to the West of Nairn before heading to Inverness and the Dava Way links Grantown on Spey a town to the South of Nairn, to the town of Forres which is to the East of Nairn, so the challenge was to stitch these together to come up with a route, which would combine on road and off road riding with wild camping - no credit card touring for us.

As the route was going to be roughly 50:50 on and off road, we both used bikes with an off road bias, I used my old Stumpjumper FS and Mike used his old Kona Sutra which he'd built up as a bike packing rig. 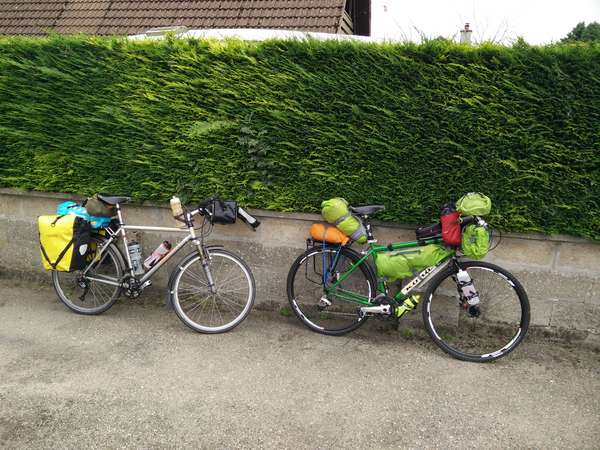 Day 1 of our route headed out of Nairn on a more direct Westerly direction than Route 1 (which takes a big loop to the South); after turning left at Clephanton and crossing the River Nairn, we joined Route 1 at Wester Galcantray and followed it until it met Route 7 near the Nairn Railway Viaduct and the Clava Cairns, both impressive structures for different reasons. 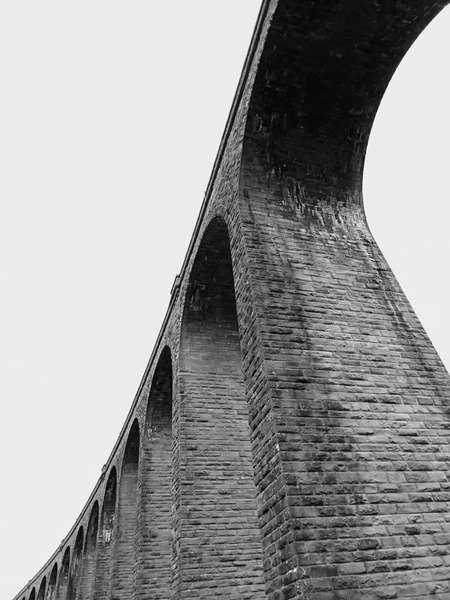 We then followed Route 7 until we reached the village of Tomatin; on the way we passed the Moy Viaduct, which is a wooden bridge carrying the Perth - Inverness railway line over a stream. In Tomatin we deviated from Route 7 for a short while to cross the River Findhorn via an old bridge at Raigbeg, which gave great views of the A9 road bridge and the very impressive Tomatin railway viaduct. Our short deviation rejoined Route 7 just as the climb to Slochd Summit commenced, the climb was fairly steady all the way up to the summit sign ( 1328') next to the busy A9. After a short section running alongside the new A9, Route 7 moved away to follow the old A9 road. Near the old outdoor centre Route 7 splits with both on and off road options, the on road route follows the old A9 road into Carrbridge, the off road route follows a mixture of estate tracks and part of General Wade's Military Road which takes a longer South Easterly loop into Carrbridge, the off road route is pretty rough and expect to do a bit of pushing if your bike is loaded. 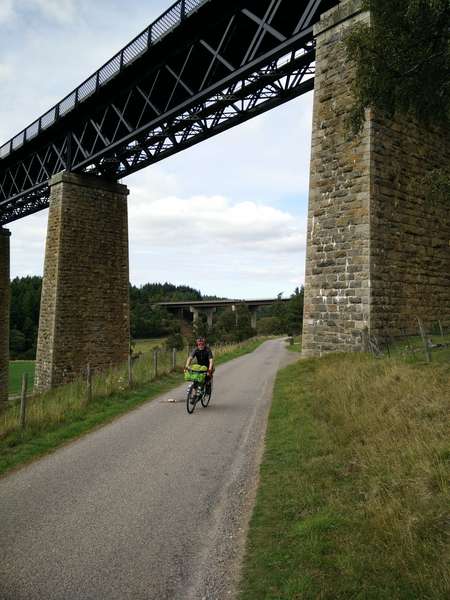 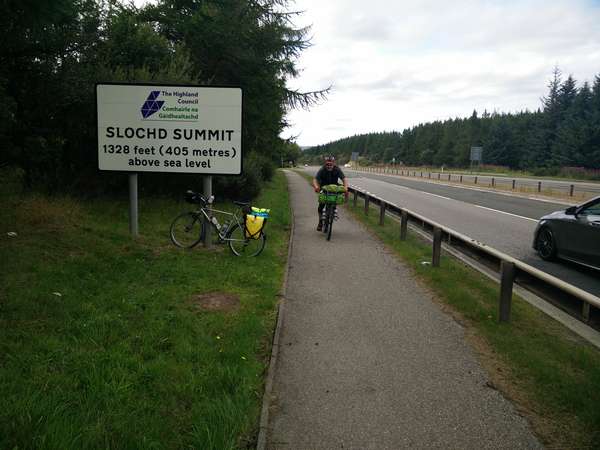 Our route followed the off road section of Route 7 as it offered the best options for wild camping, we chose a spot about 3 miles along the track, it was in a small clearing about 50m off the track and well away from any of the estate cottages (GR865220), we knew there were no streams close to this camping spot, so we had carried extra water with us for cooking and drinking. Midges could be a real problem at this campsite location because of all the trees, but thankfully there was enough of a breeze to keep them at bay, but we had midge repellent just in case; it's also worth noting that the 4G signal at this camping location is pretty good. 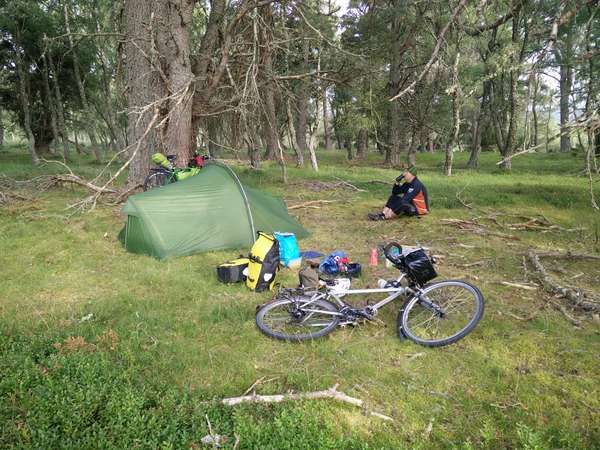