My friend and I cycled this route during June 2021, it was an excellent route to follow for our first long cycling trip! It was well signposted, and any minor confusion was easily sorted using the cycle travel map. We decided to stay in BnBs and take our time with the route, cycled over a week in total, and enjoyed time at each location during the late afternoon/ evening. Luckily we had dry and sunny weather for the majority of our trip- only facing a storm on the last day cycling into Bude. 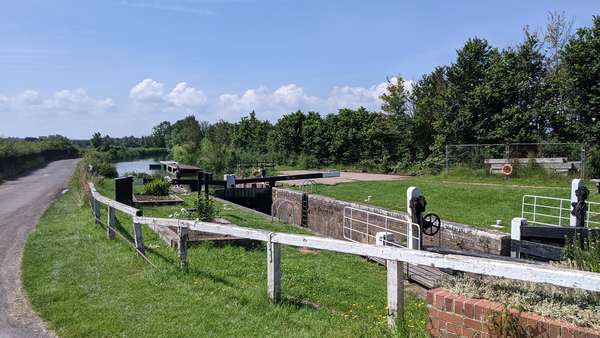 A beautiful stretch along the Bridgewater & Taunton Canal. It was surprisingly quiet, so we were spoilt with many wildlife sightings!

The route had a great mix of flat and hills for us, enough challenge (especially on the day that we tackled Exmoor) but also periods of flat that were a welcome break and opportunity to take in the scenery (somerset levels, stretches on railway paths, and the canals in particular). Generally there were a fair number of cyclists either doing parts of route 3, or when we joined the Devon coast2coast route (another great route in the south west!) which was lovely to see. There was so much variety and lots of places to stop for tea breaks/ cultural stops- forcing us to take a different perspective on the south west than just speeding past on the m5! Although there is a fair amount of cycling on roads, something we were a little concerned about before the trip, these were very quiet and often we would see more cyclists than cars! Where we had to go off route to find airbnbs etc. it got a little busier- but was very insignificant in comparison to cycling in a city. 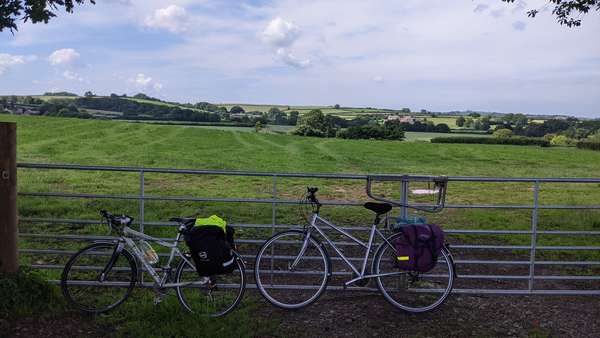 A photo opportunity / break from the hills near Holcombe Rogus.

Our splits were as follows (locations sometimes approximate due to bnbs being off the beaten track!) :