This is a good ride for the "roadie" who enjoys challenging climbs along quiet country lanes with a stunning view at the halfway point.... but be sure to take a picnic!

Setting off from Five Sunnyside we briefly head South on the Tarka Trail to Pilmouth leaving the River Torridge to follow the River Yeo along its meandering path towards Parkham .  I had hoped that there would be an opportunity in Parkham to buy some of its famous cheese but alas such a marketing opportunity seemed to have passed by the good folk of Parkham.

Like most cyclists, food is never far from my thoughts when riding and I'd made the effort when planning this route to make sure it did not bypass any village or hamlet that might serve up a tasty snack.  Despite my efforts, the larder of this part of Devonshire countryside appeared bare, so all hopes were pinned on the cafe that was marked on the map at Hartland Quay would be open.

The long and steady climb peaks at the point when we cross the A39, where great care is needed as the turn off is situated on the apex of a blind bend... best to dismount at the T Junction at Summerville Cross and walk on the right hand side of the road to reach the RH turn onto the trail at Bursdon Moor. From here we enjoy the long descent over the moors to Hartland Quay with spectacular views across the Atlantic coast.  To my delight the cafe on the Quay was open, but all of the tables were occupied by dour looking sightseers seeking refreshment to recover from their walk from the adjacent car park.  My consolation was that there was no such queue at the gift shop which also sold ice cream, so along with the snack I'd stashed in my saddlebag I rested a while with my "picnic" to enjoy the view. 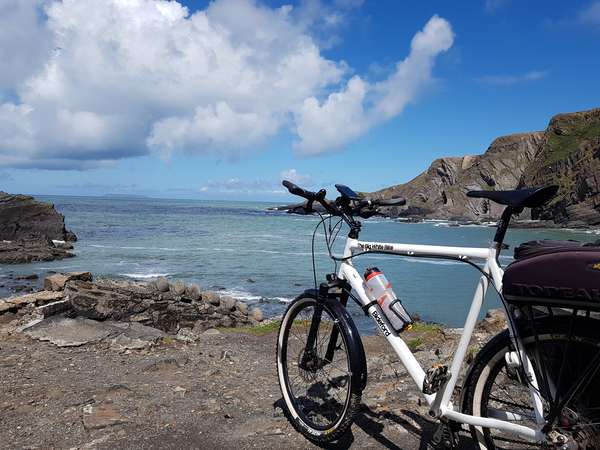 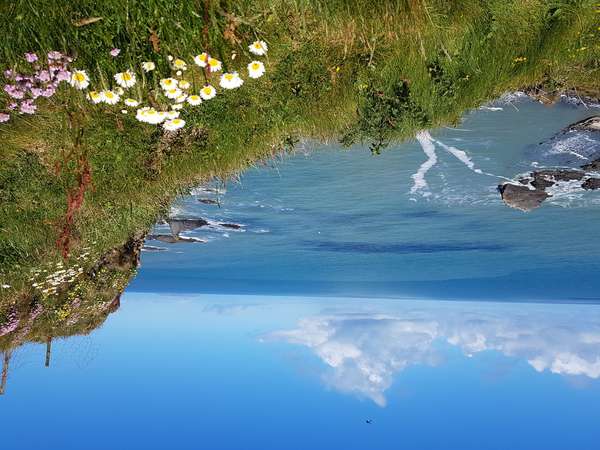 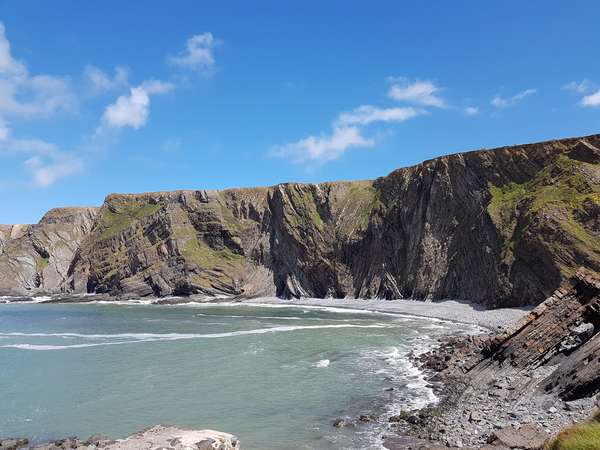