We decided that Bristol is worth staying in for a bit longer than just a night, so we booked accommodation in Chepstow, so that when we come to Bristol we still have a whole day ahead of us. 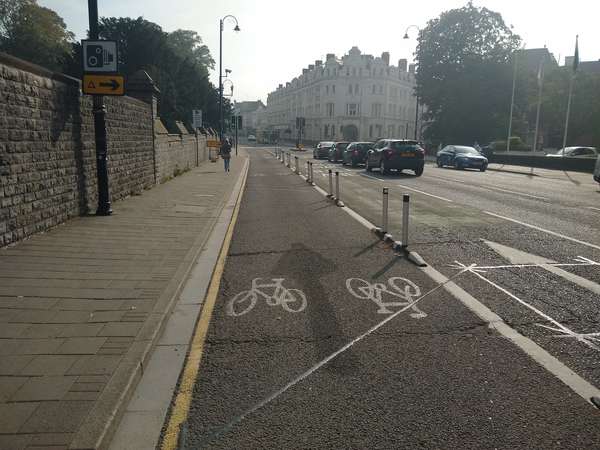 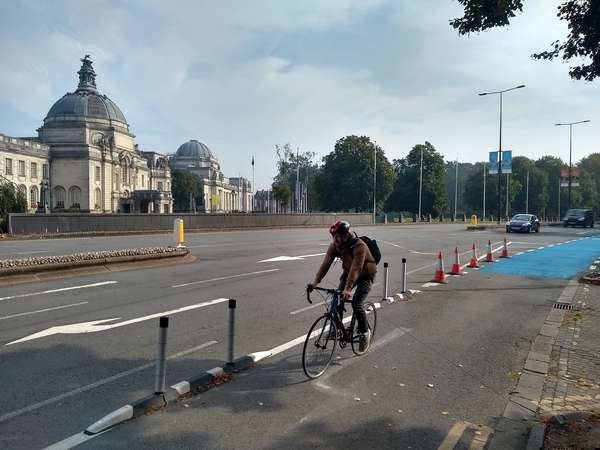 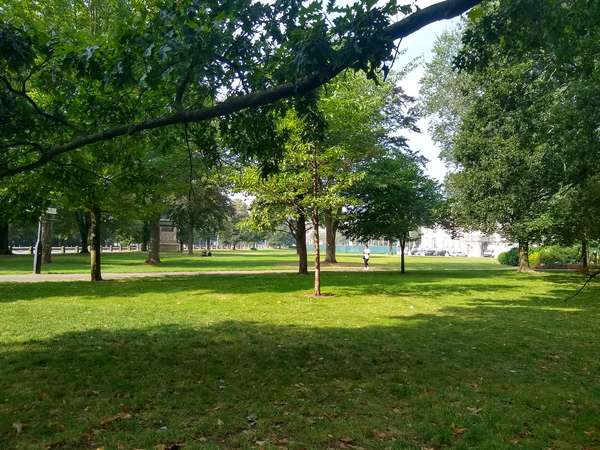 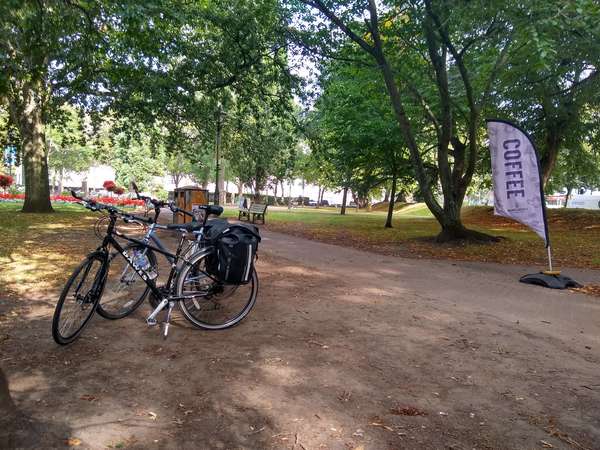 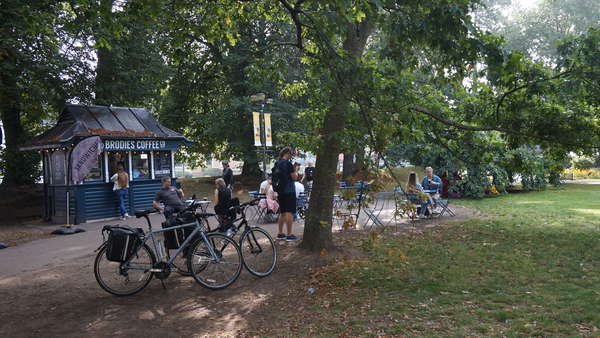 Morning coffee at Brodies, and we’re off. Cardiff has a bunch of very decent cycle highways, but unfortunately, they connections to the surrounding streets are not very well thought through. For example, how do we turn left on this intersection without pretending we’re pedestrians? 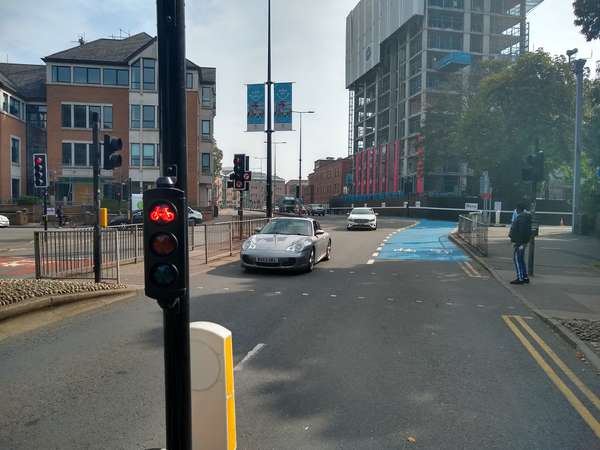 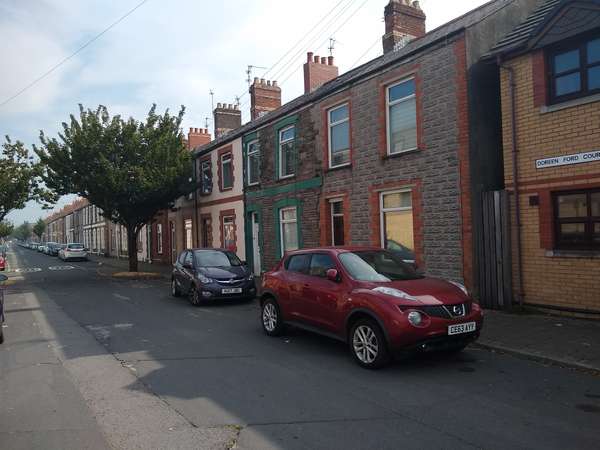 Getting out of Cardiff was anything but pleasant. Newport Road was very busy, with lots of cars, lorries and buses, and the cycle way was just a pedestrian path marked for shared use, with no real provisions for cyclists.
Martina wanted to see some of the sea or river or whatever sort of water body was it, so after crossing the river Rhymney, we turned off the official cycling path onto the Welsh Coastal Path. 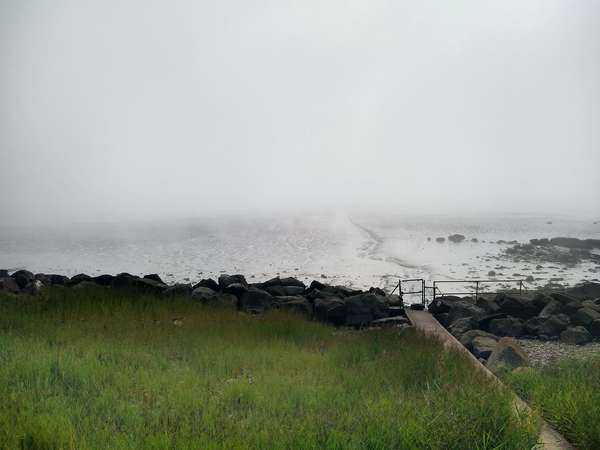 Little we knew it wasn’t suitable for cycling! The first thing we ran into was a bunch of rocks and concrete blocks (in fact, if we checked this path on OpenStreetMap, we’d see this is clearly tagged as barrier=block). 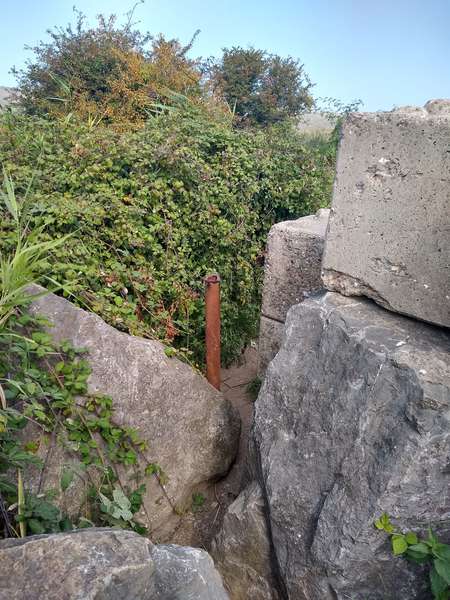 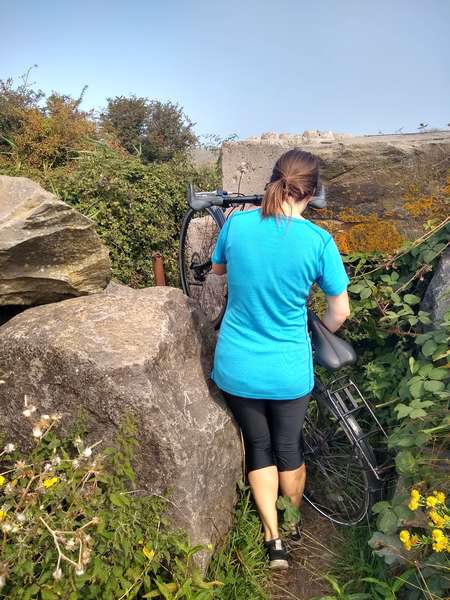 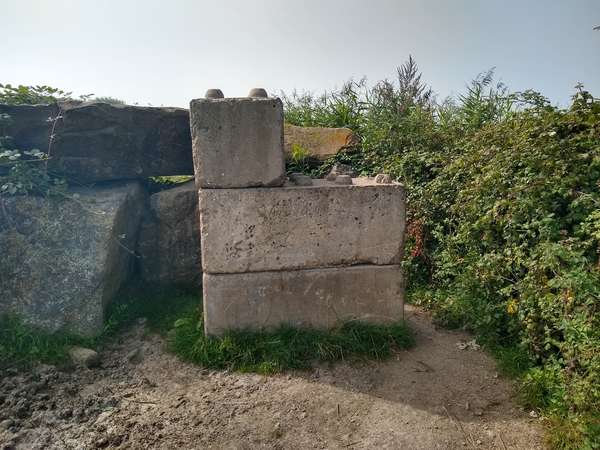 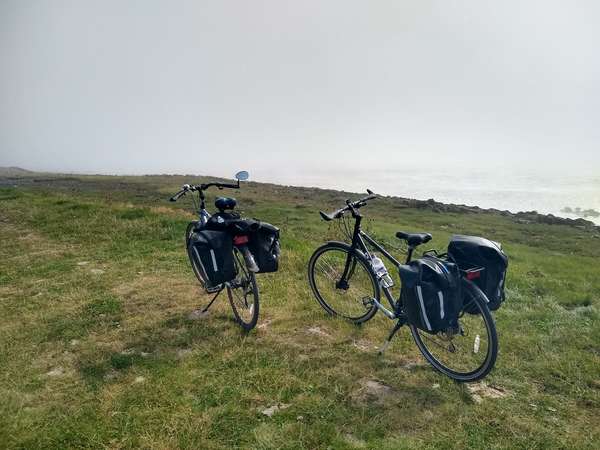 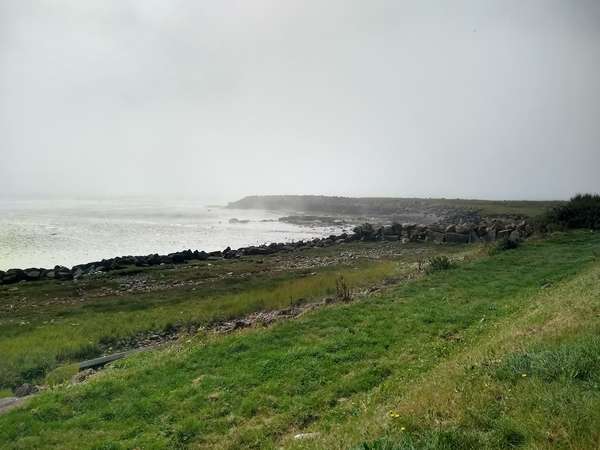 Much smaller kissing gates were trying to give us extremely unambiguous hints we weren’t supposed to do what we were doing. No worries, nothing can stop us now that we managed to deal with rocks and concrete! Nothing but cows.

Ouch. You don’t argue with cattle. You just don’t. You wait and if it doesn’t help, you turn around and find another way. Especially when there are bulls and calves involved. 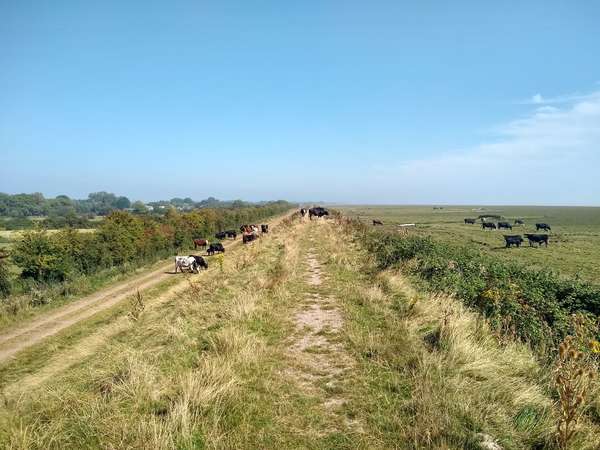 We found a gate leading to a path leading back to the official route, and soon arrived in Newport. 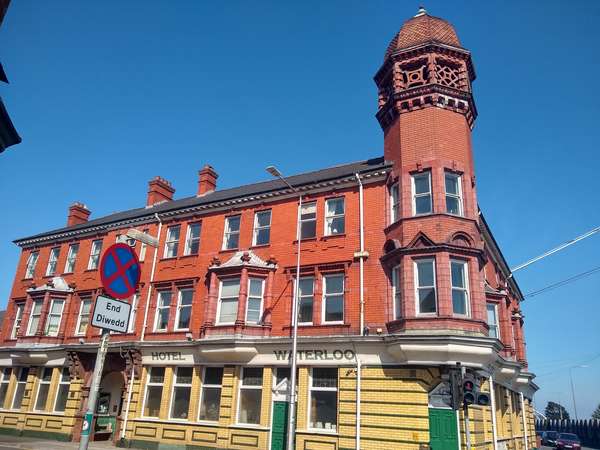 The official route led us to the Newport Transporter Bridge. 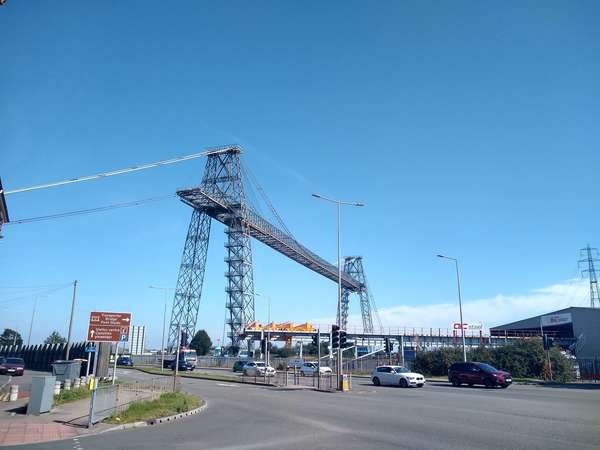 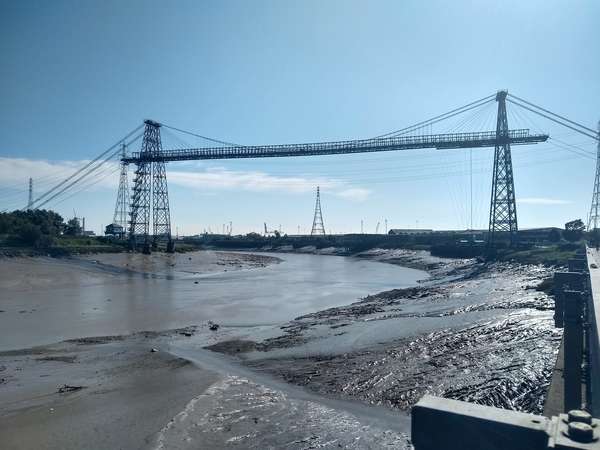 What a magnificent structure! At first, it seemed improbable or almost impossible it could be part of the official cycling path, but it turned out we weren’t supposed to somehow climb on top of the bridge, for it was simply a suspended ferry. Unfortunately, the bridge is not in operation until spring 2023, so we had to take an alternative route, quite a detour, with the route crossing busy streets with a lot of very aggressively driving lorries. 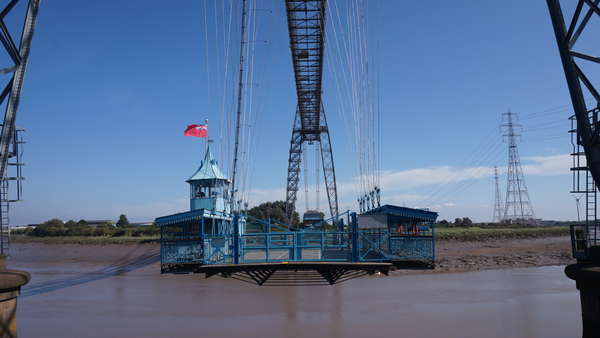 We were soon back on the country paths, eating roadside blackberries and collecting free apples put in buckets by the locals. Near Redwick, the route passes by a local pub, the Rose Inn, which unfortunately was closed, but the proprietor allowed us to refill our bottles with fresh water. 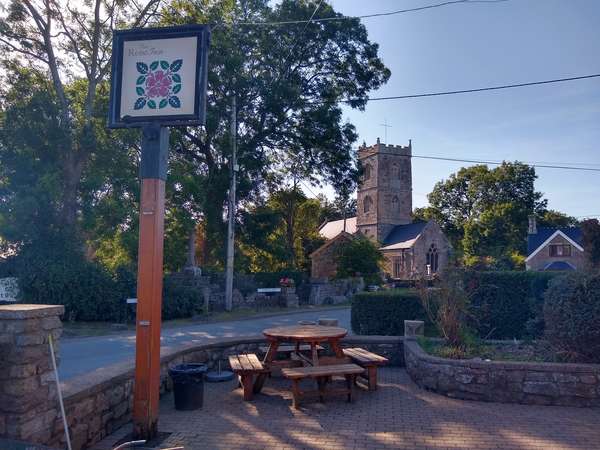 Near Summerleaze, we took a wrong turn and ended up on the Coastal Path once again. The grassy surface was a bit worse this time, and we were tired of dismounting our bicycles and throwing them across kissing gates each time, so we took the first path that seemed to lead back to the official route… only to run into a closed gate. In total, I reckon, we had to take bags off the bike and put them back about five times that day. 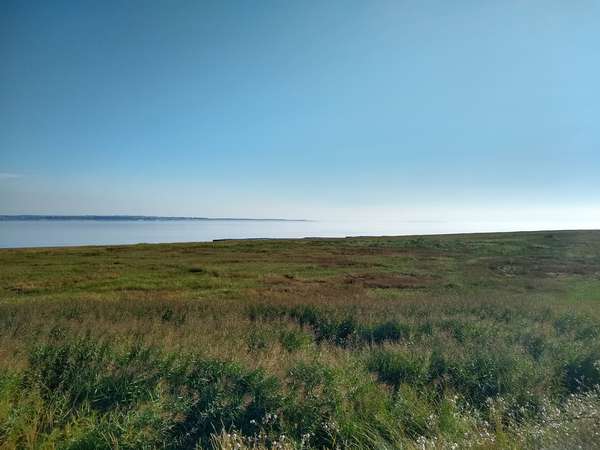 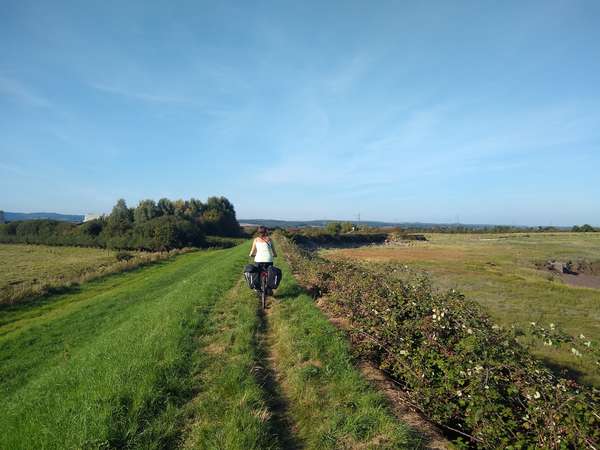 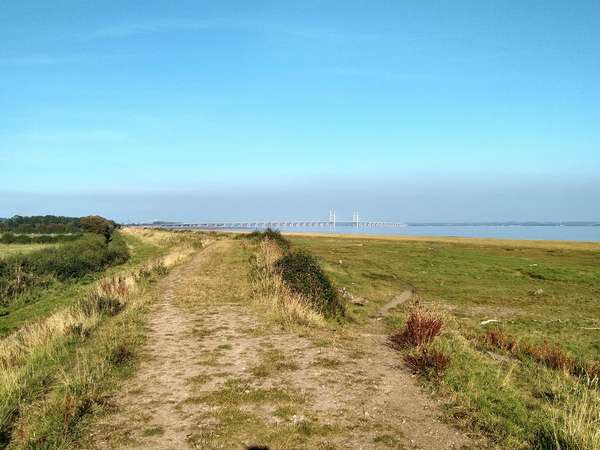 Approaching Chepstow, I underestimated how busy and how steep Chepstow Road through Pwllmeyric was, and we took what I thought would be a “shortcut” — but ended up with us pushing bicycles up a steep hill. Sometimes the cycling routes are there for a purpose!
Checked in at the Beaufort, and it immediately went dark. We only managed to take a shower and had some dinner at Lime Tree café across the street, but we didn’t get to see much of the town except a short walk to the bridge across the river Wye.