For the first day, we decided just about 20 km is going to be enough, as otherwise we’d have to complete 50 km to Abergavenny in one day, which is a bit too much for the beginning of the journey. Theres not a lot of accommodation halfway between Hereford and Abergavenny, basically just one B&B in Wormbridge and another one in Kilpeck; the one in Kilpeck was cheaper, but unfortunately fully booked, so we booked the more expensive Trelough House at the outskirts of Wormbridge.

We started our day with a full English breakfast at the Holly Tree guest house in Hereford. I ordered the regular breakfast while Martina took a vegetarian version. The vegetarian full breakfast looked almost exactly the same as the non-veg one, but it had an extra hash brown instead of the bacon I had, and the sausages didn’t have any meat in them. Martina didn’t particularly like the sausages, but to my taste they were actually better than the regular ones which I found a bit too salty.

A short visit to the local Sainsbury’s for some fruit, veg and sandwiches, and we’re checking out. The Hereford cathedral seemed like a good place to start the trip; besides, there were a plenty of cafes nearby, and our B&B only had instant coffee (we opted for tea instead), so wanted to use the opportunity to taste real coffee before going to the country where this could not be guaranteed. 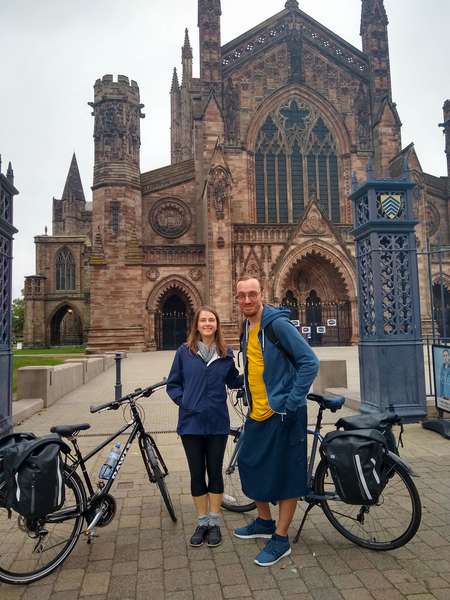 Having had some coffee we realised it’s only ten miles to Wormbridge, so we used the opportunity to walk around the city centre once again. Unlike yesterday in the evening, High Street and the nearby square were full of people, which made me think how the perception of  the city changes depending on the mere presence of people. 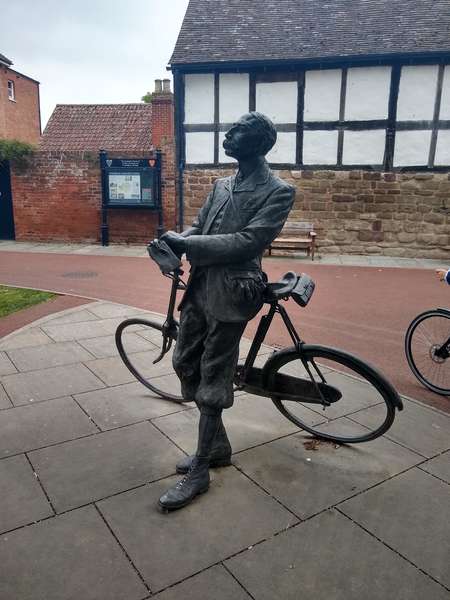 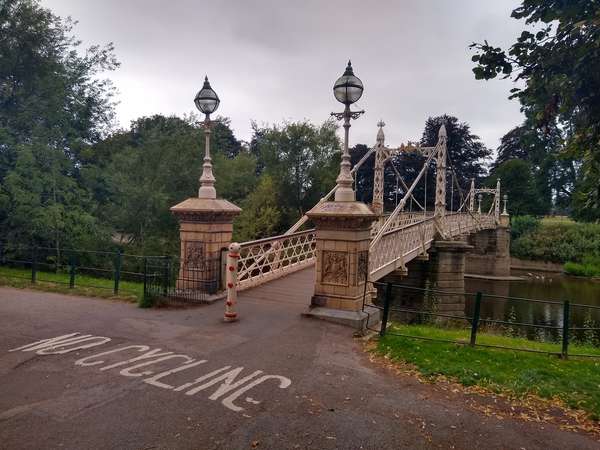 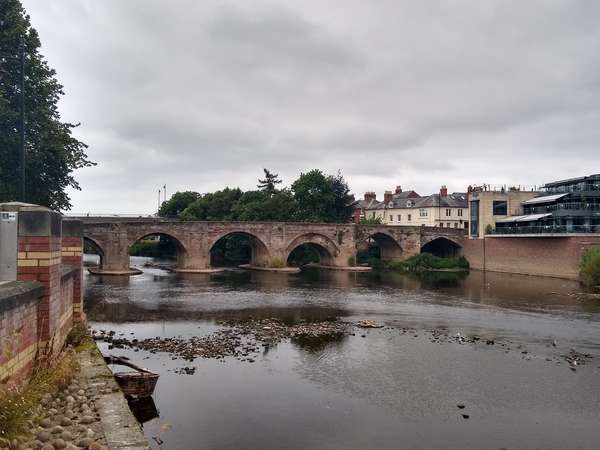 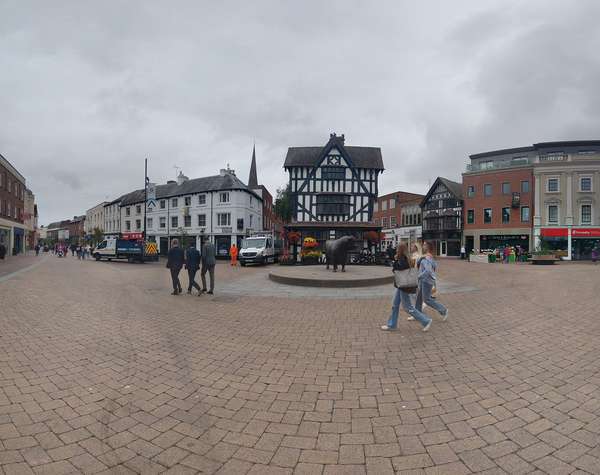 Soon we set course on Wormbridge and cycled through the city listening to very confusing directions from OsmAnd. Apparently it took every wiggle of the cyclepath as a turn, but not every actual turn was mapped properly. 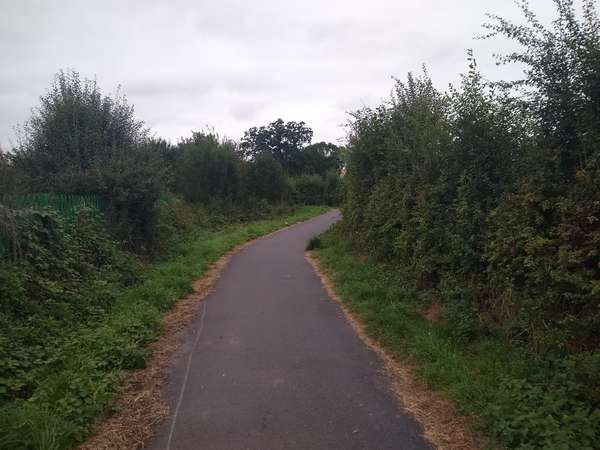 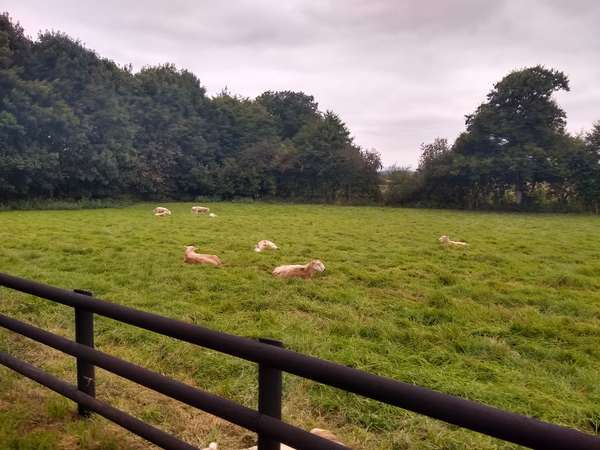 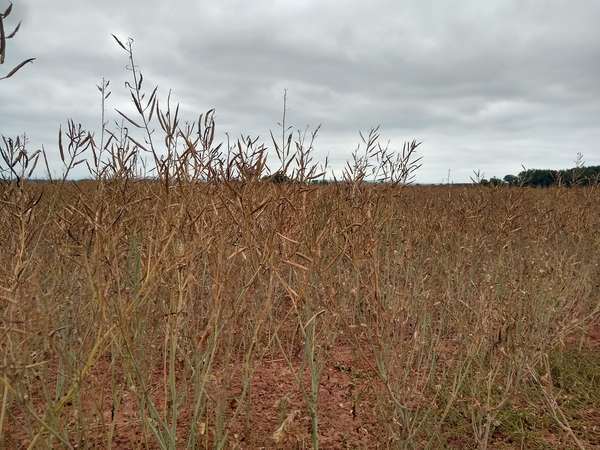 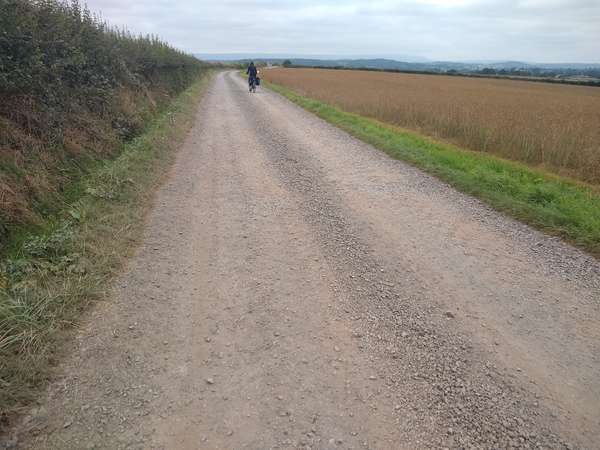 At some point the road turned into gravel, which I found quite difficult to ride on. 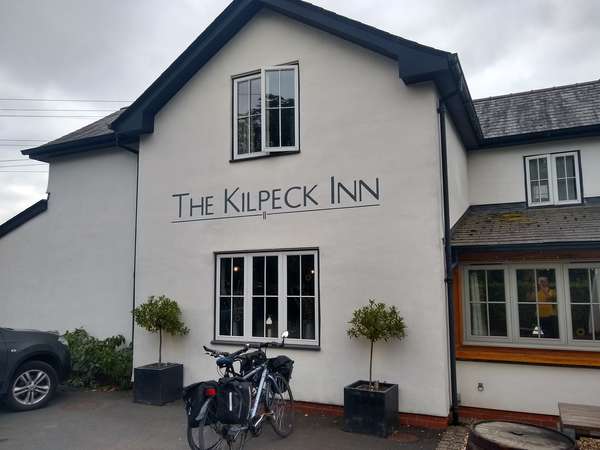 The Kilpeck Inn: good beer, great food. They only serve food after six, so we only had some beer and left to check in to our B&B room. 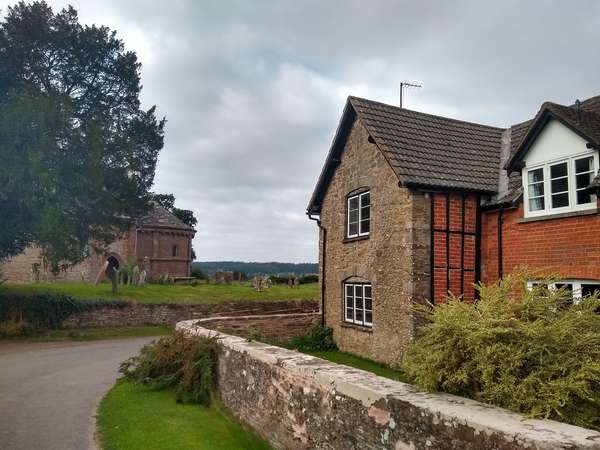 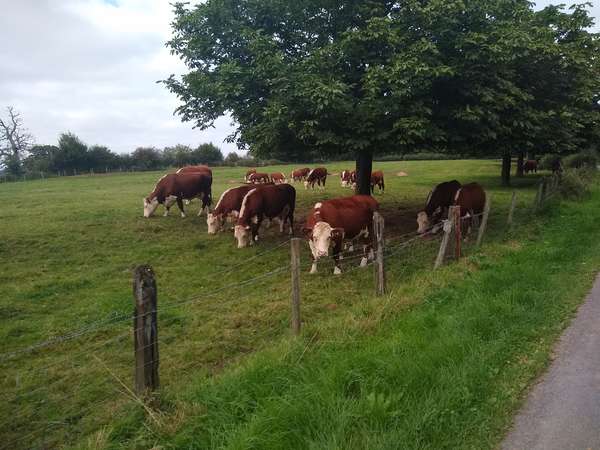 It took us much longer than OsmAnd predicted to arrive at our accommodation, but we made a lot of stops along the way, so that's not unexpected. 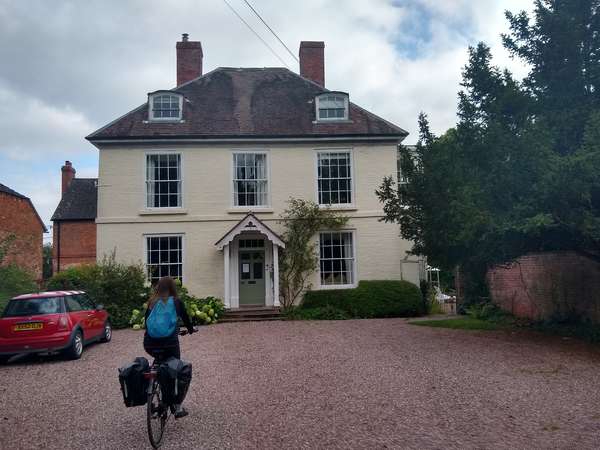