Wales’s cycle routes don’t have to be hilly. This glorious ride follows the North Wales Coast all the way to Bangor, with miles of traffic-free path, seaside promenades and quiet lanes. You’ll pass a succession of coastal resorts – from brassy Rhyl to cultured Conwy and its castle.

There’s a railway running parallel, so you can get back easily. And because this is prime holidaymaker country, you’ll never be short for opportunities to stop for an ice-cream or a seaside fish-and-chips.

For much of its length, this route rivals great European cycle routes like the Loire and Rhine for sheer traffic-free enjoyment. It is, however, basically unfinished; for now, there are several sections where you’ll have to mingle with traffic or endure uninspiring scenery. But the coastal riding is so good that you can forgive it the occasional weak spot.

At 75 miles, this is a weekend route for most people. In theory, fit cyclists could polish it off in a day, but seaside promenades aren’t ideal for fast cycling.

The North Wales Coast is gloriously flat, and so is this route. You won’t even see the 50m contour until you round a headland at Llanfairfechan, 60 miles in.

There’s a slight proviso to this: we’re not quite recommending the official route here. There’s a short section in the middle of the route with no coastal cycleway. The official signs send you inland at this point, up some pretty steep hills. Cyclists who’ve ridden the route consistently report that these gradients are just too much. As a result, we recommend that you follow the coast road: though there’s 4.5 miles where you need to ride on a busy A road, we think it’s a better experience all in.

Any bike will do. It’s paved throughout, and (following the coast) none of the gradients are too steep.

The official route is signposted as National Cycle Network route 5 throughout, plus NCN 568 if you follow the Dee out of Chester. Our unofficial coastal shortcut isn’t signposted, so print out a cycle.travel map, or take the route on your GPS or phone.

There are two traffic-free routes for the first eight miles from Chester to Shotton: NCN 5 along an old railway route, and NCN 568 beside the River Dee. We think the Dee has the scenic edge, rejoining NCN 5 at Hawarden Bridge.

At Llandudno, you can cut off the peninsula with a country-lane route to Llandudno Junction, or carry on along the seafront to Llandudno town centre.

Chester is quite a hub for the National Cycle Network. There are routes up to the Wirral and Liverpool, NCN 45 on country lanes south to Shrewsbury, and of course the rest of NCN 5 itself, which follows the Mersey to Runcorn before heading towards the Potteries.

At the other end of the ride, you can cross into Anglesey from Bangor, or tackle the epic Lon Las Cymru – Wales’s north-south cycle route.

As mentioned above, NCN 5 takes an inland detour on hilly country lanes for 14 miles between Bagillt and Prestatyn. This is a fun ride for the fit cyclist, but we think most people will prefer to continue along the coast, even though it involves 4.5 miles on the busy A548.

Can I cycle the rest of the Welsh coast?

There’s nothing quite like the North Wales Coast route elsewhere in Wales, but you can piece together a great route popping in and out of the coast, following NCN routes where possible. Here’s our starter for ten, 500 miles in all. It follows NCN 5 along the North Wales Coast, NCN 4 (and 88) along the south coast, and a variety of NCN routes and other quiet lanes down the west coast. Use it as a start point for your explorations.

There’s a train line along the full length of the coast. As well as Transport for Wales’s local trains, Avanti run express services from London to Chester and Bangor.

If you’re continuing from Bangor to Caernarfon, note that there’s no station at Caernarfon – unless you count the little steam trains of the Welsh Highland Railway! 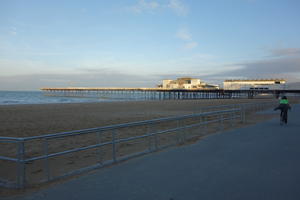 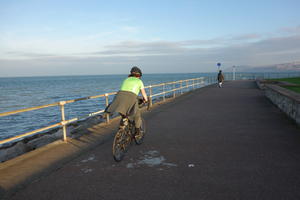 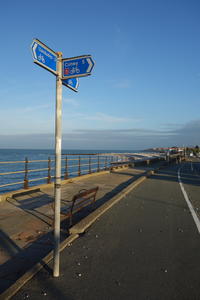 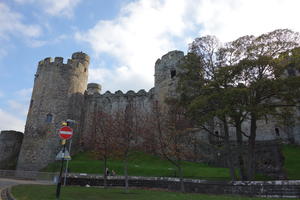 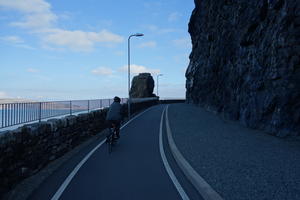 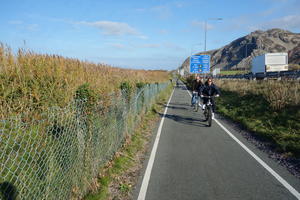 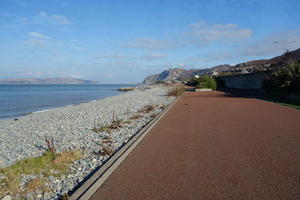 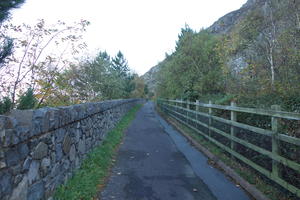 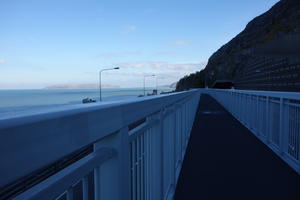 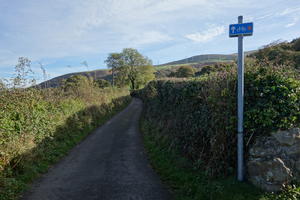 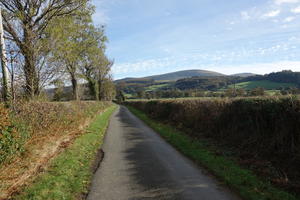 Coming out of lockdown 3 and completely stir crazy so 3 of us (Felix, Dave and Chris) decided to do this 21-23 May 2021.  Not an auspicious start with the…

I cycled from Bangor to Chester as part of a longer tour taking in Llangollen, Bala, Porthmadog and Caernarfon first. I'd do the North Wales Coast again - but east…

If you start from the Welsh end the section that avoids the main road climbs up much more steadily than doing it the other way round. It's worth the effort because you get good views over the  coast.

This is a great weekend ride.  If you are cycle fit you can ride from Chester to Llandudno in a day (which is quite tough!), then stay in a B&B and ride back to Chester the next day.  Alternatively, you could plan for a shorter section and use the train to help you along the route (either direction).  The toughest section is around Bagilt.  It can be quite undulating and takes you away from the coastal section.  If you don't like hills? alter the route to stay near the coast; However, do check on the wind direction!!  if the wind is blowing in the wrong direction you may be battling a head wind, but if the wind is behind you, you will be off....... have great ride what ever you decide.

Most of the route is glorious and well surfaced, but a word of caution for anyone who goes through Llandudno (taking the extra loop instead of heading directly over to Llandudo junction as suggested) - alter the route to stick to the roads; the cycle path is mostly beach... the 'empty your shoes afterwards' type. Its a beautiful place to stop nonetheless!

Starting at Chester and heading westwards with the wind in our favour meant that the views improved as we went, and we took the recommendation to stick to the coast between Bagillt and Prestatyn. As described, motorists seem to be used to cyclists and it was a pleasant experience with no major junctions to navigate.

Most of the route is off-road on shared paths - a working bell, patience, and a cheerful disposition is strongly advised - it would appear that if you're going slow enough to have a pop-at, you're a fair target for people who've had it 'up to here' with other cyclists whizzing past; try not to take it personally. On the plus side, for each of those encounters, there were many other lovely exchanges and generally the route is laid out such that it's easy to be out of the way of pedestrians and traffic.

Along the stretch out of Chester to Shotton there are a few pinch barriers and some staggered gates which might be an issue if you can't dismount, but there were few gates or restrictions after this point.

Just finished the ride and enjoyed it immensely. Did it over 2 days from Chester. Took the lower recommended route around Bagilt and found I could use the pavement to avoid mixing with heavy-ish traffic. Ended day 1 in Colwyn Bay after 40+ flat miles. Travelodge let you take your bike into the room, so maybe ask for the ground floor. Not the most interesting place on a wet Monday evening (many bars and restos closed). However, it made for a shorter day 2, which was much lumpier (glad I had the low gears) and much more scenic. The road around the Great Orme was a highlight. Ended the ride with a pint just over the Menai Bridge, which I thought made a good finale. Trains back to Chester from Bangor seem to run hourly.