Thousands may choose the C2C as their cycling challenge, but the cognoscenti know that it’s Lon Las Cymru that really tests your mettle. This 250-mile route traverses the country’s most mountainous countryside, from the Brecon Beacons to Snowdonia.

And if that sounds spectacular, it is. The scenery is among the finest of any cycle route, starting at Cardiff Bay and crossing valley, hilltop, estuary and strait until it reaches the tip of Wales at Holyhead. This is not a route to rush.

Four days is a sensible minimum, but taking six or even seven will give you time to appreciate the sights en route. In particular, make time to see Cardiff if you’ve never been there before. (Holyhead is fairly forgettable, though.)

A hybrid or cross bike is well suited, especially one with forgiving gears for climbing. A road bike will need sturdy tyres and to take the occasional diversion; we’d recommend starting at Chepstow rather than Cardiff for such bikes (see below).

Only if you’re fit. There’s a lot of climbing for the first-time cycle tourist. That said, if you can manage the C2C, you’ll have a fighting chance here.

If you want to extend your tour, then at Bangor, don’t cross onto Anglesey. Instead, turn east and follow NCN 5 along the North Wales Coast – a 70-mile ride to Chester with lovely traffic-free stretches and a colourful array of towns. It’s hilly between Prestatyn and Flint, where the coastal route hasn’t been finished, but otherwise an easy ride.

Lon Las Cymru’s main line, aka National Cycle Network route 8, is the route followed by most cyclists: but there’s an alternate start point, and two challenging ‘braids’ in Snowdonia.

Instead of starting in Cardiff, you can set off from Chepstow, just on the English border. Entirely on-road along some lovely quiet lanes, this option (NCN 42) is particularly well-suited to road bikes, avoiding the railway paths and forestry tracks of the main route. It slowly climbs up to the famous Gospel Pass, the highest in Wales, before descending to rejoin the main route near Hay-on-Wye.

In Snowdonia, there’s a tough alternate route between Machynlleth and Porthmadog (NCN 82), crossing the main route at Dolgellau. This throws in some off-roading and some tough climbs, but with genuinely stunning views to match.

There are plentiful trains to Cardiff: Great Western Railway’s expresses from London, regional trains from Birmingham and Bristol, and dozens of local services within South Wales. Booking your bike space is required on the GWR expresses and advisable on the Arriva services down the border from Crewe and Manchester. (Chepstow has fewer trains but you can get there from Gloucester or by changing at Newport.)

Holyhead is the end of the North Wales Coast line. Trains to England are roughly hourly, but they tend to be crammed, so you’ll need to book your bike.

Can I break up the route?

Yes – if you need to tackle the route in several chunks, there are several stations along the way, though nothing from Builth Wells to Machynlleth. 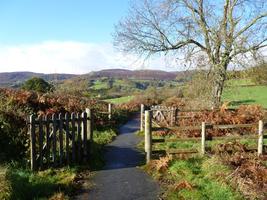 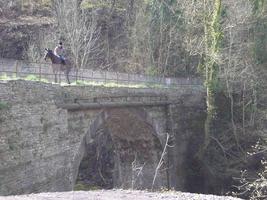 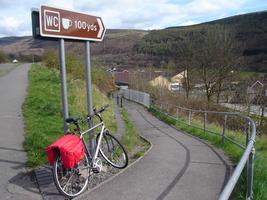 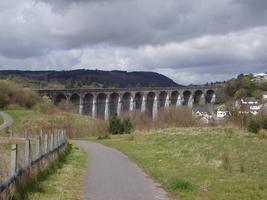 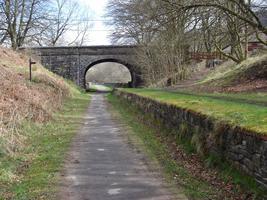 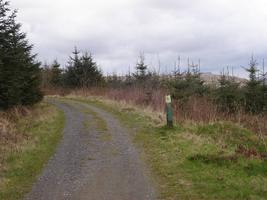 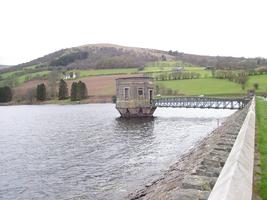 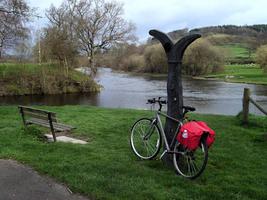 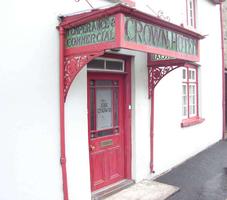 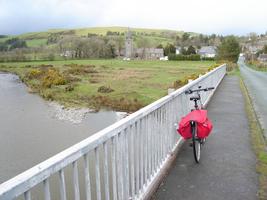 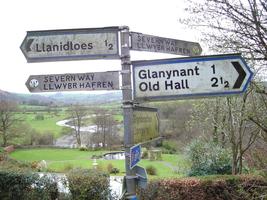 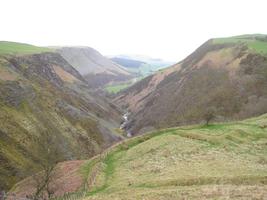 For several years, I’d seen this curious little blue cycle signs with red numbers on them. There was one on the edge of Banbury I’d pass regularly, that pointed to…

From my home in Virginia to Dublin Port and then getting the Ferry to Holyhead. Cycle along the Lon Las Cyrmu to Newtown.

A Wildlife Trust conference at the Centre for Alternative Technology Centre in Machynlleth gave me the chance to try out some of this iconic route.  I live on the North…

The route is described here from Cardiff to Holyhead but is signed in both directions. Opened in 1995, the route runs down the whole length of Wales and is one…

Part of the Lon Las Cymru. Useful for breaking journey to leave 20 miles or so to Holyhead next day before getting the train back.