Cardiff No matter whether you’ve arrived at Cardiff Central station, or the youth hostel towards the north of town, do cycle down to Cardiff Bay for the official start of the route by the Welsh Assembly building – a suitably grandiose send-off. Take care through the suburbs, where the riverside cycle path can be very busy. 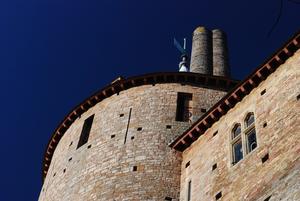 Tongwynlais (8mi) Lon Las Cymru starts deceptively easily. It’s railway paths for almost all the 50 miles to Brecon, taking you gently uphill to the hilly scenery of the Brecon Beacons.

Otherwise known as the Taff Trail, this is a fine off-road route, smoothly surfaced except for the forestry tracks around the Pontsticill and Torpantau reservoirs; road bikers can stay on the valley road here. The main obstacle is a succession of narrow barriers, designed to dissuade motorbikes, that are a real pain to weave your fully-laden pedal bike through.

The Valleys landscape is underrated, but the industrial archaeology is the real star here. You’ll cross sturdy viaducts, pass disused forges and water-wheels, and spin past platforms where no train has called for 50 years.

Alternative route: You can take a high-level route from Tongwynlais to Nantgarw past Castell Coch (‘Red Castle’). It’s a scenic ride though there’s a bit more climbing.

Merthyr Tydfil (29mi) Merthyr Tydfil is a useful stop with supermarkets, cafes and other facilities. The town is on the opposite bank of the River Taff.  Just past Merthyr, the railway path breaks out into the green Beacons countryside, on a route so dramatic that a vinyl audio recording was made of it (‘The 11:15 to Torpantau’) in steam days. 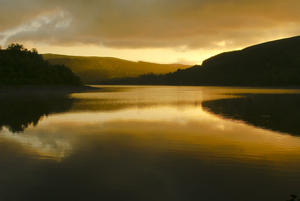 Pontsticill (35mi) By Pontsticill Reservoir, you’ve left the urban valleys firmly behind. The route here drops onto a forestry track: if you’re on a road bike, you’ll prefer to stick to the (not too busy) minor road along the reservoir. After the track, the route crests the watershed before rejoining the railway path down to the Usk valley.

Alternative route: If you’re on a cross or mountain bike, consider taking the spectacular but rough track due north, past the Neuadd Reservoirs and over the pass into Brecon.

Talybont-on-Usk (47mi) NCN 8 just misses Talybont-on-Usk, but we’d suggest it as a good first overnight stop, not least for the superb Star Inn. Be careful if descending the railway path in the dark: there’s a barrier at the bottom. From there, it’s country lanes and canal towpaths into Brecon.

Brecon (54mi) Among the joys of Lon Las Cymru are the charming towns it passes through. Brecon is as fine as any, a diminutive cathedral city on the banks of the Usk. There are cafés around the wide marketplace, bike shops and a useful Morrisons supermarket.

This is where the climbing starts. The lanes through to Glasbury are undulating rather than mountainous, but tough-going after the gentle inclines of the Taff Trail. 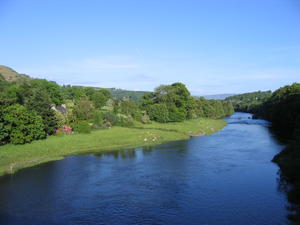 Glasbury (69mi) Just above Glasbury, you can divert for the book-town of Hay-on-Wye, five miles away. This is also where the alternative route from Chepstow joins.

Builth Wells (85mi) After Builth the lanes narrow and the corners tighten – with the occasional climb up the valley sides for good measure. Watch out for the muddy old coach road halfway between Newbridge and Rhayader; it's passable on a hybrid, but confident road bike riders might want to stick on the A470 until Llanwrthwl.

Rhayader (102mi) From Rhayader to Llangurig, the tiny valley lane is one of the finest on the NCN. Lush and verdant, winding around the curves of the river below, it’s almost entirely bereft of traffic; on our last visit, the only other traffic we encountered was a farm cat sunning itself on the grassy road. 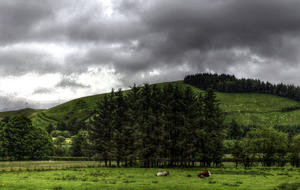 Llangurig (112mi) We leave the Wye Valley at Llangurig, climbing steeply over the watershed into the Severn Valley. Just nine miles short of its source, this is a very different river to the mighty waterway of Worcester and Gloucester. It’s a surprisingly tough climb up to the car park from where you can walk up to the source; look out for signs to the Severn-Break-Its-Neck waterfall on the left. The real climbing, though, comes on the mountain road from Staylittle over to Machynlleth. There is at least one false summit here; you’ve not reached the top until you see a Sustrans milepost. From here, it’s eight miles of glorious descending to sea level at Machynlleth, twisting and turning on smooth tarmac all the way. 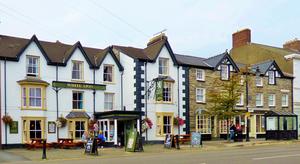 Machynlleth (139mi) The ancient capital of Owain Glyndwr’s Wales, Machynlleth is an excellent place to rest after the exertions of recent miles. It’s an intriguing combination of sleepy small town, progressive bohemia and late-medieval history.

NCN 8 enters Snowdonia on an attractive cycle bridge built for the Millennium. The moderately taxing road to Corris, passing the Centre for Alternative Technology, might feel easier than you expected Snowdonia to be. Don’t be fooled!

Aberllefenni (147mi) The climb out of Aberllefenni is astonishingly tough, among the steepest on the NCN. Anyone who can manage it with loaded panniers earns our undying respect. The descent back down from 400m to sea level at Dolgellau is less smooth than that into Machynlleth, with grassy surfaces, farmyards and gates on the way, but no less enjoyable.

To give some respite, the route is entirely flat for the next eight miles, following the estuary west via Lon Mawddach – a former railway path (you can even see a preserved semaphore signal by the pub at Penmaenpool). It’s hard work in a headwind, but good cycling at any other time. 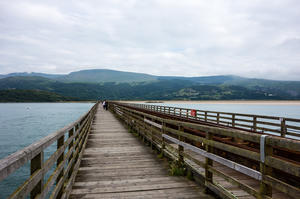 From here, NCN 8 follows the coast along a small A road – busy in summer, manageable at other times. On occasion it loops inland up steep minor roads. It’s your call as to how faithfully you follow the route, but if your legs are up to it, we’d suggest you try; the views from the hilltops are spectacular on a clear day.

Porthmadog (185mi) The lanes continue to the sea at Penrhyndeudraeth and Porthmadog. A mecca for narrow-gauge railway enthusiasts but with rather too much concrete to win the hearts of other cyclists, this down-to-earth town is much improved now that a main road bypass has been built. The Ffestiniog Railway station and pub are worth sniffing around.

Criccieth (193mi) The climbing is over now. Yes, there are hillocks and ‘undulations’, but nothing compared to the mountains of Snowdonia. You’ll hit the dizzy heights of 150m before descending down to coastal Criccieth – worth a stop for its superlative castle and near-legendary fish and chip shop. From there, minor roads take you to Lon Eifion, the railway path that marks the limit of the Llyn Peninsula and brings you into Caernarfon. 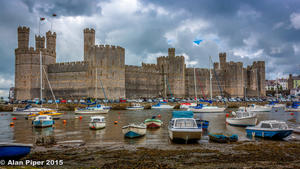 Caernarfon (214mi) Caernarfon is the finest town in North Wales, with its magnificent castle and medieval streets. The route into the town is accompanied by the restored Welsh Highland Railway, a perfect rejoinder to those who say that rebuilt railways and cycle paths can’t coexist. From here to Bangor, we follow Lon Las Menai, another path built on a much-missed railway trackbed.

Bangor (222mi) Bangor is more workaday, but its university furnishes it with enough good pubs to make an enjoyable evening’s stay. You can divert east here to follow the North Wales Coast route to Chester.

The crossing to Anglesey is via the original Menai suspension bridge, still an awe-inspiring ride today. Watch the signs carefully around the one-way system on the approach.

Llanfairpwyllgwyngyll (224mi) The route only dips into Llanfair PG – despite its tourist notoriety, there’s not a lot there. The final 25 miles on Anglesey are a meandering succession of quiet lanes via nowhere in particular, best taken at a relaxed pace; there’s barely a climb to trouble you. There are no facilities between Llanfair PG and Valley (just short of Holyhead), so plan your lunch stop accordingly. 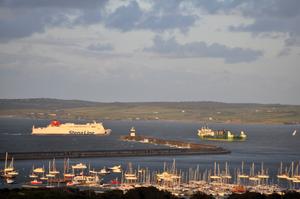 Holyhead (253mi) Finally, Lon Las Cymru crosses the Stanley Embankment to Holy Island. The route through Penrhos Coastal Park can be confusing; eventually, it gives out onto residential streets for the final descent into Holyhead. Most riders finish at the station for a train home, but if you have the time, continue through the town centre for a more fitting finale by the seafront. There’s not much in Holyhead to detain the visitor, but no matter: here, the journey is definitely the reward.