Ask a Land’s End to John O’Groats cyclist for the hardest part of their route, and without doubt, they’ll say “Cornwall and Devon”. So you’d expect the Cornish Way to be a gruelling, hilly ride. In fact, this delightful amble to Land’s End has all the scenery – and with one or two exceptions, not too much of the climbing.

Along the way you’ll pass attractions such as the Eden Project and St Michael’s Mount, while Padstow, Falmouth and St Ives are just a short detour away. With several railway stations along the way, you can tackle it in stages or simply cherry-pick the days that appeal most.

It’s 129 miles from Bude to Land’s End; a comfortable four-day tour for moderately experienced cyclists, or as little as two for the really fit.

The majority of the route is on quiet lanes, with which any bike will cope. Occasional sections are on cycle paths, generally surfaced with gravel.

How about the Scilly Isles? Between March and November, the Scillonian ferry runs from Penzance to St Mary’s Harbour, giving access to the quiet, scenic Scillies – ideal for off-the-beaten-track cycling. Here’s a map.

Immediately south of Bude, you can choose between coastal and inland routes for the next 13 miles. The coastal route is just as scenic as you’d imagine, but it’s also very hilly. Don’t embark on it lightly – especially if you’re travelling fully loaded.

Just before Bodmin, NCN route 32 branches off to Padstow (along the Camel Trail, perhaps Britain’s busiest leisure cycle route) and Newquay; it rejoins the main route at Truro. Padstow is a delightful detour, Newquay less so, but this is a worthwhile alternative mostly along country lanes.

Though travelling west–east will give you a slight benefit from prevailing winds, east–west seems the more logical choice to us, if only for the sense of achievement when you arrive at Land’s End.

The Great Western Railway trains that fan out from Paddington take up to four bikes (booking compulsory); local trains usually take two, though the guards will apply common sense. If you’re coming from the Midlands or (on some services) Bristol, these trains are run by CrossCountry and have just three bike spaces, so booking is essential.

Unfortunately Bude has no railway station, though parts of the old line are being converted into a cycle route! The first station is at Bodmin Parkway. 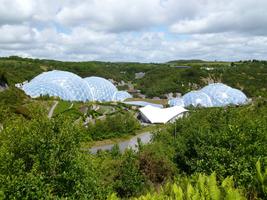 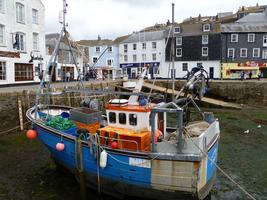 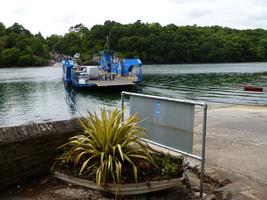 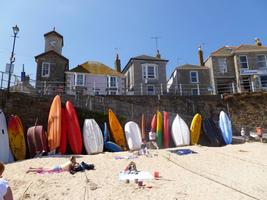 I grew up in Cornwall and never had the inkling that I would ever spend my future summer holidays on two wheels revisiting old haunts. Anyway now back as a…

Thanks for taking the time to produce this great resource, but I have to question the inclusion of this hideous route I’ve ridden in many countries, usually in the mountains,  and never felt the need to comment on a route, until now. This is the worst route I have ever ridden on a bike! Seriously, it is just terrible and a disgrace that it has been published as a showcase for the county. I expect hills here, but the route takes the worst possible lanes with terrible surfaces, and endless blind bends so it is an exercise in destroying brake pads. It was so bad I preferred to detour on busier roads when this was possible.

Inland from the coast, Cornwall is austere at best, so why this route goes through some depressing towns like Truro, Camborne, Redruth, etc, and ignores ice of the nice coastal settlements is unfathomable.

I would probably not ride in Cornwall again after this, and certainly not on the awful NCN trails.