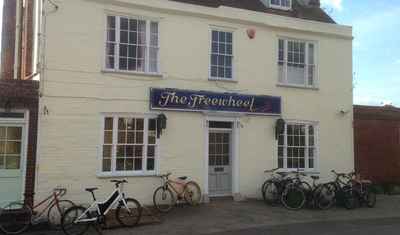 There are dozens of cycling cafés around the world, but surprisingly, it’s taken until now for Britain to get a cycling pub. The new pioneer is the Freewheel in Graveney,…

A second person has been arrested following the death of charity cyclist Christian Smith near Whitstable. A 19-year old man from Herne Bay was arrested this morning on suspicion of…

Find somewhere to cycle this weekend. Here’s our route-planner’s top picks around Whitstable and Herne Bay:

The National Cycle Network is a great way to find traffic-free routes and quiet lanes. These routes pass through Whitstable and Herne Bay:

Share your tips for cycling in Whitstable and Herne Bay

When you’re planning a route, cycle.travel has always offered the option to export a print-ready PDF in one of several scales. PDF maps are great as a fallback for electronic…