The long-running project to build a cycleway on the disused railway between Stafford and Newport, Shropshire, is finally drawing to a close. Staffordshire County Council says it will complete resurfacing…

End-to-Enders to be signed past Telford 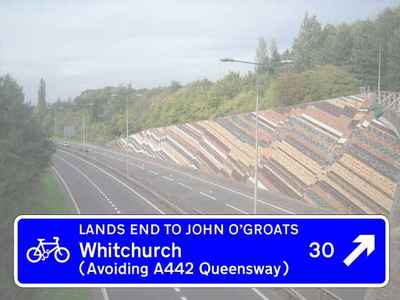 New cycle route signs are being erected around Telford to guide Land’s End to John O’Groats cyclists away from a lethal road. The A442 dual carriageway became notorious in 2010…

Find somewhere to cycle this weekend. Here’s our route-planner’s top picks around Telford:

The National Cycle Network is a great way to find traffic-free routes and quiet lanes. These routes pass through Telford: