No hills, no traffic, a smooth surface, and a perpetual waterside view. What could be better than cycling along a canal towpath?

It’s pretty tempting. But consider the flipside: a long rural towpath with mud and ruts. No shops for miles. And a long line of anglers encamped on the towpath, each one glowering at you as you gingerly lift your bike over their carbon-fibre poles. No, not all towpaths are enjoyable cycling routes.

Over the years, we’ve travelled along almost every canal in Britain, whether by bike or boat. Our guide lists all the major canals by region, and describes the cycling conditions. Let’s kick off with some general canal cycling tips.

The towpath in my city is great. Can I follow it to London/Birmingham/wherever?

Towpath cycling can be the most enjoyable way to get around a city. The towpaths in London and Birmingham are always thronged with cyclists.

But get out of the city, and it’s not always like that. Rural towpaths are often unpaved grassy paths. There can be mud, narrow sections, and tunnels where you have to find your own way.

So we’ve put together this guide to explain which canal towpaths are cyclable, and which aren’t. Where there’s a good route, we’ve added a link to our journey-planner.

Whatever the surface, the towpath is never the fastest way of getting from A to B. You have to share with walkers, boaters, anglers, and ’gongoozlers’ – the old canal word for an idle sightseer. But if you plan your route well, and don’t expect to get places fast, canal cycling can be among the most enjoyable there is.

Is cycling allowed on all towpaths?

The Canal & River Trust, the charity which runs most of the canals in England & Wales, allows cycling on all its canal towpaths other than a very few short sections with ‘no cycling’ signs. By and large, cycling is only prohibited in really busy pedestrian areas or occasionally past steep flights of locks.

But there are also navigable rivers, like the Thames, Severn and Trent. Generally you’re not allowed to ride on these towpaths (the land belongs to the adjacent landowners, not to the river authority), and the surface would be too rough in any case.

Obviously there are thousands of miles of unnavigable rivers, too, but we’ve not covered these here as they don’t have towpaths.

Traditionally, towpaths were just a grassy path for the horse to walk on. In rural areas that’s often still the case. Such a towpath is no fun on a hybrid bike, let alone a road bike. Sometimes a central strip has been worn down, which is a little more comfortable on sturdy bikes, but it’s still not exactly what you’d describe as a cycle path.

In city centres and some towns, towpaths are usually paved. This obviously makes for much more pleasant riding. You’ll still find cobbles, though, and raised bricks set across the path, particularly beside locks.

Several rural sections of the towpath network have now been improved for cycling, usually as part of the National Cycle Network. The best-known is the Kennet & Avon Canal from Reading to Bath, much of which forms part of NCN route 4. These are sometimes paved, but more often than not have an all-weather, light gravel surface. This can be puddly in wet weather, but generally are suitable for all bikes except those with the very skinniest tyres.

Do bear in mind that an NCN or other cycle route isn’t always a guarantee of a solid surface. Some parts of the Trans-Pennine Trail, in particular, are largely on unimproved towpaths.

How fast can I ride?

Towpaths aren’t pure cycleways: they’re shared with walkers, anglers, boaters, even the occasional horse. The boats on the canal only go at 4mph max, so the towpath has an unhurried air. There’s no official speed limit, but you shouldn’t expect to do much more than 12mph, and in urban or other busy areas it might be much less. Be patient and don’t expect people to step aside for you. In short, if you want to go fast, use the road.

Do I need a permit?

Not any more. The Canal & River Trust’s predecessor, British Waterways, required you to download a (free) permit from their website and print it. CRT doesn’t, so you can just set off and ride.

What else should I know?

Beware punctures. When hawthorn hedges are cut (often in spring), the clippings end up on the towpath. A puncture repair kit is essential: if you’re planning a long rural towpath ride, consider puncture-resistant tyres like Schwalbe Marathon Plus.

A bell will help alert pedestrians of your presence (to inform, not to demand right of way!), but in the relaxed atmosphere of the canal it sometimes causes walkers to freeze from surprise. Better to slow right down and call “Coming past slowly on your left/right”.

Which towpath rides would you recommend?

Our top suggestions would be…

You don’t have to choose a pure canal route, of course. Indeed, canals can be at their most useful when this 200-year old waterway gives you a safe, easy passage under a newer motorway or railway. 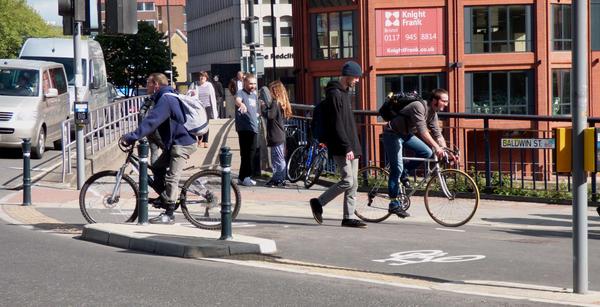 Today cycle.travel’s route-planner gets the biggest single improvement since it launched – a new feature we call Smart Turns.

cycle.travel now casts a forensic eye over every turn and junction on your route. Turns across busy roads get downrated; so does weaving from street to street in cities; so does any turn where you have to dismount. Routes with fewer turns are preferred, and safe crossings (e.g. ‘toucan’ crossings) get a bonus too.

The result is safer and simpler routes in both town and country. But, more than that, the turn-by-turn directions for each route are also clearer and more reliable.

New instructions like ‘Cross major road’ and ‘Leave town’ help you navigate each step at a time. Two-stage turns, where the road flares past a central island, are shown as one clear instruction. So too are doglegs, where a left is followed immediately by a right. Plus there are new symbols to highlight unusual sections of route: unpaved trails, busy roads, ferries, and sections where you need to push. 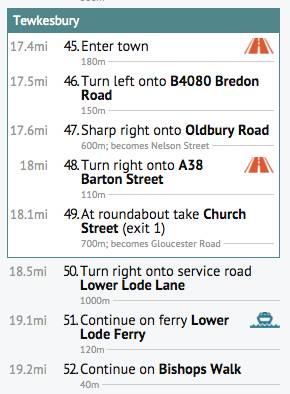 We’ve also made it easier to follow long-distance cycle routes, such as EuroVelo or the National Cycle Network, without repeatedly dodging off-route and back on again.

As well as this major new feature, we’ve made dozens of smaller improvements to cycle.travel’s route-finding. It’s now smarter about routing on unpaved tracks, particularly in mainland Europe. Roads with (legally) cyclable hard shoulders get a better rating. Cycle contraflows and other one-way systems are handled better.

We’ve made a concerted effort to improve OpenStreetMap’s minor road data in the rural US, so you can find a safe, enjoyable route without having to ride down an Interstate or other busy road.

Finally, we’ve added Croatia and Mexico to the route-planner. Mexico doesn’t yet have height data but we’re working on it!

These improvements are partly laying the groundwork for two exciting new additions to cycle.travel this summer – watch this space.

As always, the foundation of cycle.travel’s route-planning is the wonderful OSRM project, and the data contributed to OpenStreetMap: big thanks to all the OSRM developers and OSM contributors for their hard work. 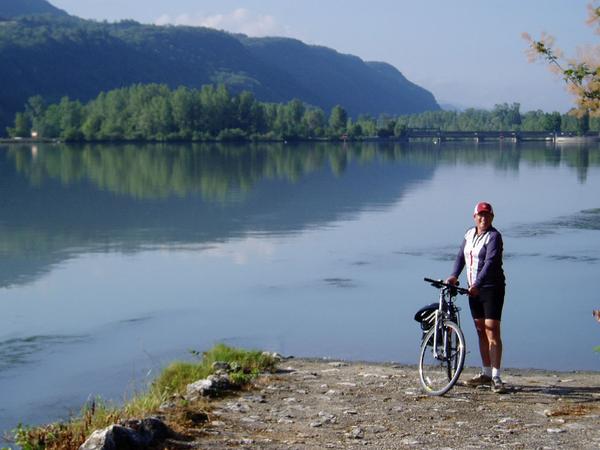 The Rhone Cycle Route, a 1,100km tour beside the river through Switzerland and France, has been anointed as the newest member of the EuroVelo route network.

The designation as EuroVelo route 17 is intended to give the Alps-to-Mediterranean route the same popularity as the successful EuroVelo cycleways along the Rhine, Loire and Danube rivers.

The Rhone route passes through Geneva, Lyon and Avignon before splitting into two final legs to the Med – one to Montpellier, one to Marseille. The Swiss section has a rapid descent from the headwaters to Lake Geneva, while the French section is mostly flat. Over 50% of the French route is on traffic-free ‘greenways’. 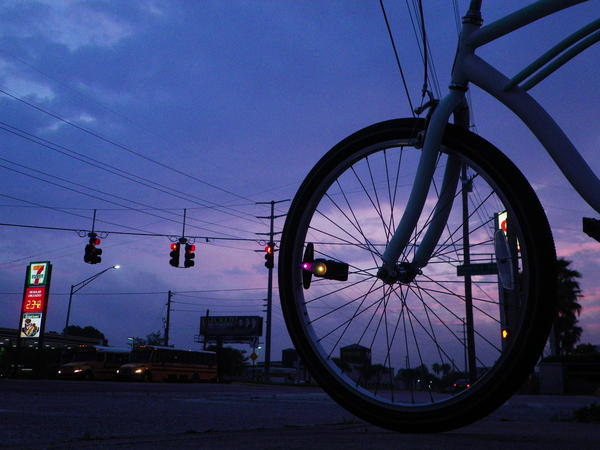 Researcher Alexandros Nikitas, from the University of Huddersfield, makes a convincing case for the growth of urban bike hire schemes across the world – saying “they are seen to complement the city’s public transport services, and give the city a more human-friendly feel”. His research also suggests that such schemes are effective in promoting cycling to motorists.