A fun ride across the fens - much easier if there isn't too much wind. Going through Outwell and Friday Bridge rather than Emneth and Elm avoids some rough roads, but still contains several more-than-a-mile straights (pictured). There are shops at each end and in the bigger villages.  There is a pretty good cafe for lunch called Panini's in March Town Hall. Easiest bike parking (pictured) is in the middle of Broad Street, before you reach it. 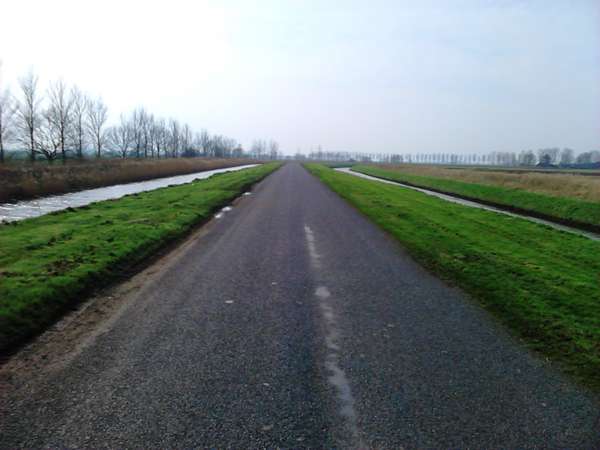 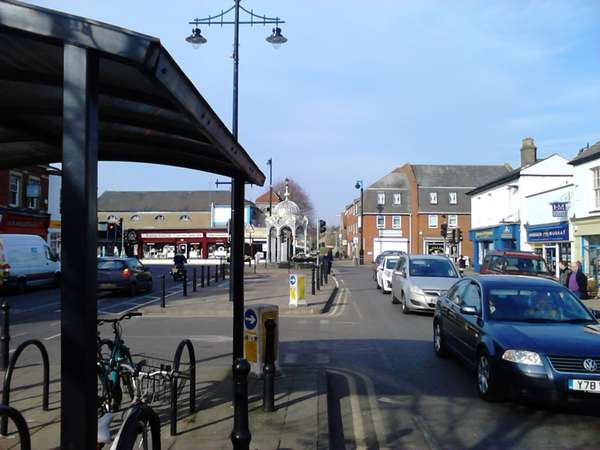 So the Clapham Road / Union Road roundabout is planned to become a turbo roundabout.  Chris Peck of CTC has put up a blog post about this at http://www.ctc.org.uk/blog/chris-peck/cycle-safety-fund-and-bedford-turbo-roundabout-some-facts and there is a note from the scheme designer at
http://bicycledutch.wordpress.com/2013/05/09/a-modern-amsterdam-roundabout/#comment-6142 (from March 2013)

Only CTC members are allowed to comment on Chris Peck's blog, so I'll just note here that I'm horrified that wasting cycle safety money building bad designs was considered preferable to rolling the fund over to a new round or handing it back, despite this supposedly being a time of austerity.

The note from the scheme designer makes clear that bikes came a poor third place.  I don't really buy much of his bid: the background PDF linked by Chris Peck seems a bit misleading.  Some examples:

I could continue, but I'm surprised it didn't fail hard.  I can only dream nightmares of what the less-desirable proposals were.

Why can I not reply to existing forum topics, but I can post new topics? And why does the "Comments (1)" link on the page just after login go nowhere? Are these more "missing href" javascript links? This seems like a nice site, but it's a bit confusing to tell what is and isn't meant to be a working link.
Comments (1)

This box on the forum page is a bit small, but I was going to write that the routes and cities links in the top navigation does nothing, probably because the phone is slow at JavaScript.
Comments (1)
Page 1 ... 7 8 9