Morecambe The place to stay in Morecambe is undoubtedly the stunning art deco Midland Hotel, an astonishing outpost of the Railway Age on the seafront. But if, like us, your budget doesn’t quite stretch that far, choose from one of the many guesthouses in this pleasantly weathered seaside resort, and eat at the excellent Palatine pub. Take a photo by the Way of the Roses sign on the promenade before setting off. 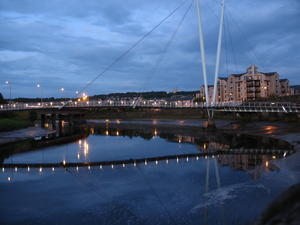 Lancaster (3mi) The first seven miles are all easy railway path, crossing the River Lune in Lancaster on a splendid new cycle bridge. Note the Lancaster Canal passing overhead on a sturdy aqueduct.

The friendly little café at Caton marks the start of the country lanes that characterise this route, often unfenced through lush pasture. There’s a few climbs as you dodge along the side of the Lune Valley, but nothing too steep; the gently undulating ride up the Wenning Valley from Wray, long a favourite road with cyclists, is greatly enjoyable.

Clapham (26mi) It might be called the Way of the Roses, but only 19 miles of this 170-mile route is in Lancashire. Clapham is a pretty Yorkshire Dales village, and a good tea-and-cake stop. There was once a notorious cobbled lane here, all tunnels and rocks, but the route has sensibly been rerouted along a new cyclepath beside the busy A65; those with suspension might still like to try their skills at the original route.

Settle (35mi) The valley of the infant Ribble leads to Settle, best known for its railway to Carlisle but in itself a friendly, not-too-touristy town. Local supermarket legends Booths (like Waitrose, but northern) have an outlet here. Accommodation in Settle is a little pricier than you’ll pay elsewhere, but it’s a good first-night stop if you’re taking the route over four days.

Any coast-to-coast route is going to involve some hills. The good news is that the Way of the Roses is much kinder than, say, the C2C. But it’s still no pussycat – and the climbs start here.

The climb out of Settle is crazily steep… and cobbled. It’s also pretty short; the main action is over in half a mile, so there’s no shame in pushing. You’re rewarded with the surprisingly remote scenery at the top, followed by a string of little villages over the succeeding miles. The tiny narrow road out of Cracoe is particularly enjoyable.

(5) · Lion at Settle- a Thwaites Inn of Character 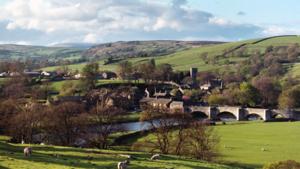 Burnsall (51mi) Burnsall and Appletreewick are good places to overnight if you’re tackling the route in three days, and enjoyable stops at any rate. Burnsall thrives on its riverside tea rooms, while Appletreewick has two excellent pubs, camping and a ‘mountain bike livery’. 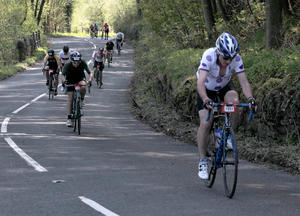 Greenhow Hill (58mi) There’s another tough climb up from Appletreewick to Greenhow Hill, but it’s the following descent where you have to take more care. The B-road down to Pateley Bridge is twisty, steep and often potholed. Take it carefully, especially in wet weather; there have been serious cycling accidents here. Ridden sensibly, it’s very enjoyable.

Pateley Bridge (61mi) Pateley Bridge itself is a pleasant Dales town, a good place to refuel for the next climb – pretty much the last one for 60 miles. It leads to Brimham Rocks, a National Trust-owned playground of “weird and wonderful” rock formations, and a genuinely surreal area to cycle through.

Fountains Abbey (73mi) The National Trust figures again five miles further on, at Fountains Abbey. This World Heritage Site is a stunning assembly of history: the Cistercian abbey, the landscape gardens, the medieval deer park. Best of all, you can cycle through the grounds, in a remarkably forward-thinking move by the Trust – one which other stately home owners would do well to emulate (yes, we mean you, Blenheim Palace). It makes a fittingly grand approach to the cathedral city of Ripon. 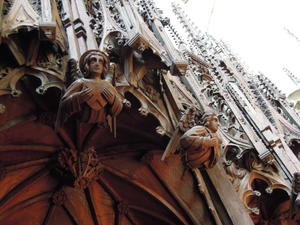 Ripon (77mi) Had enough hills for now? No problem. The route is almost entirely flat between Ripon and York, following the Ure and Ouse valley (one of those rivers that changes its name). Neither city needs an introduction from us. Both are tourist hotspots, best known for their cathedral and minster respectively; and both have plenty to distract the touring cyclist for an afternoon or more.

Boroughbridge (87mi) The Way of the Roses meanders down the valley along quiet rural lanes, stopping in at Boroughbridge – less well known than Ripon, certainly, but worth a brief stop. It crosses the Ouse on the rickety Aldwark Toll Bridge, which is free for cyclists; motorists are charged a sky-high 40p. From here the roads get a little busier, but still very tolerable except, perhaps, at school run times. 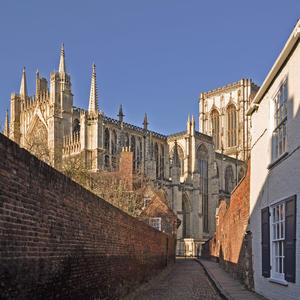 York (109mi) The route enters York on a tarmac cycle path across the meadows, neatly avoiding the city traffic. Then, instead of continuing along the riverside, it diverts past York Minster onto another traffic-free route, the Foss Islands path.

It’s a good route all told, but you’ll miss out much of York if you simply follow it; so lock your bike up by the Minster, and go for a stroll around town. Many of the city centre streets are firmly pedestrianised during the day, with bikes not allowed.

Stamford Bridge (118mi) The easy riding continues through the flatlands of East Yorkshire, passing Stamford Bridge – site of the other 1066 battle. The journey there involves an unsurfaced bridleway, but it’s easily rideable and avoids the busy A road running parallel. 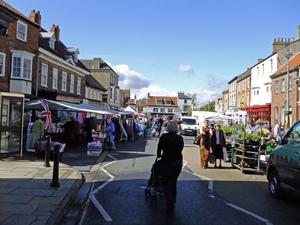 Pocklington (127mi) Pocklington is a real find, an unspoilt market town with an endearing mix of architectural styles. It marks the beginnings of the Yorkshire Wolds, a superb cycling area that has somehow escaped the attention of most riders. The next ten miles of riding are among the best on the whole route, tiny lanes nestling in narrow dales. There’s a small amount of climbing to do – we’re starting from just above sea level, after all – but it’s worth it.

Driffield (151mi) After descending into Tibthorpe, a roundabout route takes the Way of the Roses into the proudly old-fashioned town of Driffield – perhaps best known for its annual agricultural show.

From here, it’s quiet lanes all the way to Bridlington, with a short off-road interlude after Harpham. This area, particularly the Roman Road of Woldgate, is a frequent source of inspiration for painter and Bridlington resident David Hockney. 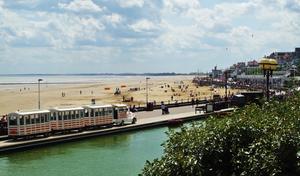 Bridlington (170mi) Bridlington’s cheerful promenade, busy harbour and acres of sand make for a terrific end to the route. Arrive on a summer day and it’s the quintessential seaside resort, still with a touch of the 1950s about it; even on an autumn evening it has an undeniable appeal. But be warned – people have been known to stare out to sea and think “hmmm, maybe my next challenge should be the 4,000-mile North Sea Cycle Route”…