If you were to devise the ideal cycle route, it would look a bit like this. 50% traffic free, very little climbing, miles of smooth tarmac, beautiful river scenery… oh, and a string of picture-postcard villages and towns.

La Vélo Francette is just as good as it sounds. An inland route connecting two seas (the Channel and the Bay of Biscay), it nonetheless spends a lot of time by water – the Mayenne, the Loire, the Sèvre Niortaise. Add a handful of railway paths, and you can see why there’s so little traffic and so few hills. The quiet lanes that make up the remainder are well chosen, allowing you to dawdle and daydream past cider orchards and vineyards.

A panel of travel journalists voted this Europe’s number 1 cycle route in 2017. An ambitious claim, but it’s certainly a contender. Why not find out for yourself?

Not all the route is paved, but the unpaved sections are good-quality gravel. The upshot is that any bike will do, though if you’re on a road bike, you’ll want reasonably sturdy tyres – 32mm or so.

Why not? It’s not hilly – there are just two gradual ascents on the whole route, where by “gradual” we mean “over 50 miles or so”. Yes, there are inevitable undulations on the road sections, but there’s so much rail-trail and towpath riding that you’ll never be too taxed.

That said, at 600km (370mi), it’s a pretty long route for your first cycling holiday. Angers is roughly halfway, and would make a good destination for a shorter excursion. (It’s also a little easier to get back by train from Angers to a Channel port.)

What exactly does ‘Francette’ mean?

Just what you think: ‘Little France’, or ‘France in miniature’. In other words, the Vélo Francette captures the essence of France in one bike route. You might think that ‘Petite France’ would be a more obvious name, but as the route manager explains, a district of Strasbourg got there first.

Yes! A cheery logo of a cockerel in a pink circle adorns the excellent signposting throughout. It doesn’t hurt to have a map with you, whether one downloaded from cycle.travel or the very good French-language guidebook published by Chamina. But you’ll rarely need it.

How do I get to Caen?

Caen station has regular Intercités trains from Paris (St Lazare) and regional trains from across Normandy. If you’re travelling from Britain, ferries from Portsmouth arrive at Caen’s port (Ouistreham), operated by Brittany Ferries.

How do I return from La Rochelle?

There are plentiful trains from La Rochelle, but unfortunately not to Caen or anywhere similarly helpful. Trains back to Normandy inevitably involve going via Paris, so if you want to get back across the Channel, you might as well take the TGV to Paris and then the Eurostar. (Both of these require booking for you and your bike.) 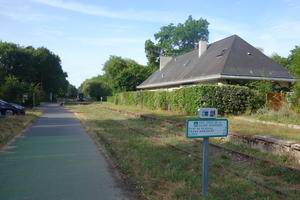 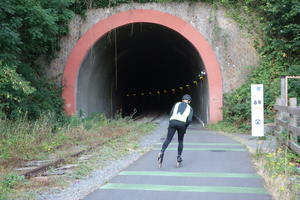 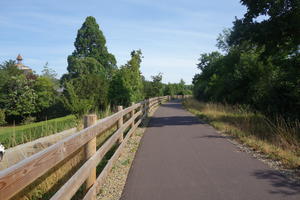 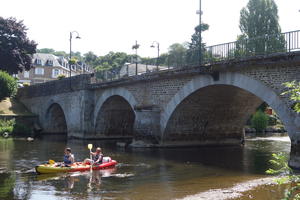 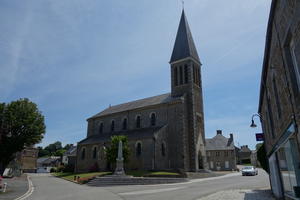 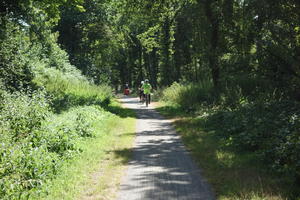 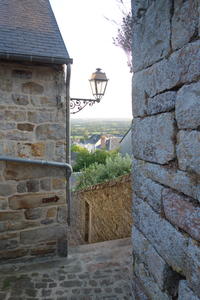 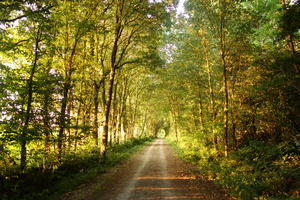 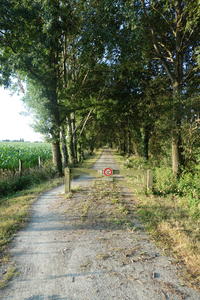 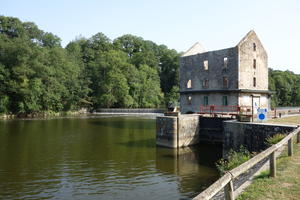 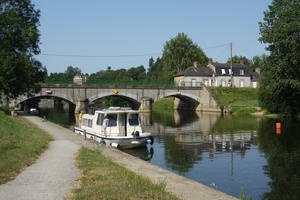 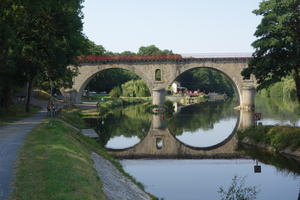 Thinking of doing this on recumbent trike.  What do you think - likely problems with the barrier or surface?

I think you’d be 95% fine with the barriers – French ones are generally more forgiving than British ones! There’s one location that comes to mind where the barriers were bollards set a little closely together, but even then you’d probably be able to get a recumbent through. Surfaces should be ok as long as you don’t mind some generally well maintained gravel; there’s the occasional riverside cobbled section in the towns which it may be wisest to detour around.

Hello Richard, Thanks for this very useful guide to la Vélo Francette. When did you ride this route? I would wondering about the hilliness of the route. My wife is not keen on hills - we usually ride river and canal routes that are pretty flat like the Rhine or the Rhone after Lyon. The French site Canal Dodo (http://www.velocanauxdodo.fr/?page_id=5988)  suggests that a lot of the Francette is pretty hilly. Thoughts would be welcome if you have a moment. Philip

I have a wife who is not good on hills. We ride a tandem because it means we can be together. Tandems are not great on hills. We get round the problem by allowing extra time so, if need be, I can push it up the hills. This often means we end up with the unexpected bonus of having extra time for other things because many hills turn out to be easier than we thought. Just don't set overambitious daily mileages because that's a recipe for divorce.