Two-thirds traffic-free, one-third quiet lanes, and barely a hill to speak of… holiday cycling doesn’t get more relaxing than the Tour de Bourgogne.

This delightful circuit of Burgundy follows canal towpaths for the most part, with the odd rail-trail and country road to complete the loop. Dijon and (at a pinch) Auxerre are the only settlements of any size. The rest of the time, you’ll be passing through tiny canalside villages and the occasional market town. After all, you’ve got to stop somewhere to sample the products of the vineyards you’ve been cycling past…

At 670km, this is a route you could enjoy over a leisurely fortnight. You could ride it in less, of course, but do make sure to leave enough time to stop at canalside cafés, explore the narrow town streets, rummage around medieval churches and take the occasional diversion off piste.

Anything between a busy week (95km/60 miles per day) and a leisurely fortnight (48km/30 miles). We’d suggest erring on the slow side as there’s plenty to see.

The terrain couldn’t be more forgiving. There are a very few small climbs in the early parts of the route, and of course you have to go ‘over the top’ at Pouilly-en-Auxois when the canal vanishes into a tunnel sans towpath. But that’s as nothing. Essentially, this is 670km of very, very gentle riding.

Most of the route is paved, but some towpath sections have not yet been upgraded and remain compacted/gravel (particularly the Canal de Bourgogne). You may also come across a few potholed lanes. As such, you can ride this on whatever bike you have, but make sure your tyres are reasonably robust and not too skinny.

What facilities are there?

With towpath cyclists and holiday boaters bringing a steady income to the villages along the way, there are many welcoming bars and cafés on this route – several of them on the waterside. That said, it can be a long way between towns: it’s 150km between Bourbon Lancy and Clamecy, for example! Make sure to buy any provisions you need when you have the opportunity, pack spare inner tubes and other essentials, and be prepared to venture off the signposted route when supplies are low.

The route is excellently signposted throughout, though you’ll hardly need it for the long stretches on canal towpaths. The last section to be developed is Dijon–Beaune, which is being improved and signposted as we write in 2020.

Is there a shorter version?

The Petit Tour de Bourgogne (V51a) is the Tour’s sister route, just 150km (95 miles) long. It doesn’t share any of the main route: rather, it’s a traffic-free loop south from Chalon sur Saône, following the Saône towpath and a very pleasant rail trail (the Voie Verte de Bourgogne du Sud). That aside, there’s no official shorter version of the main route, but you could make good use of the railway stations en route if you can’t spare the time for the full tour.

Part of this route is shared with EuroVelo 6, which continues down the Loire valley to Orléans and the Atlantic. There’s also an excellent rail trail heading upstream from Paray-le-Monial, V71, which will eventually continue via quiet roads to the headwaters of the Loire. If you have the taste to explore more of Burgundy, a 50-mile voie verte heads west from Santenay to a summit near Château Chinon.

Dijon is well connected with both TGV services and a bike-friendly TER from Paris Bercy. There are regional railway stations at several locations along the way. 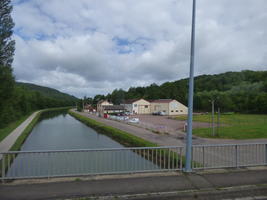 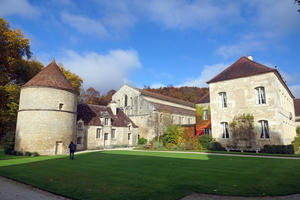 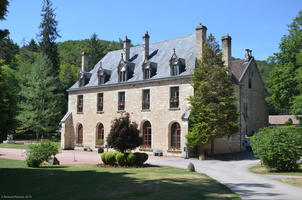 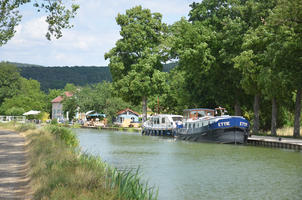 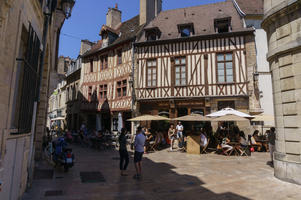 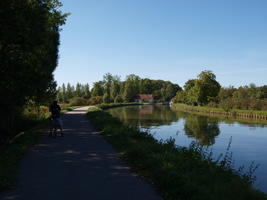 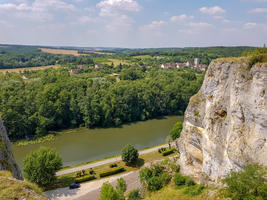 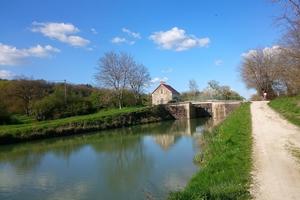 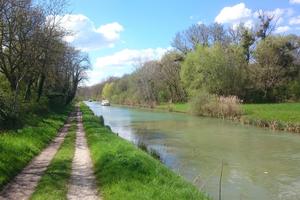