Nowhere in Britain does cycling better than Cambridge. Bikes throng the roads both there and in its great rival, Oxford. So why not take a weekend to cycle between the two?

The 100-mile journey is one of historic churches, village greens, country pubs and tiny shops – a very rural ride. The towns of Bicester, Milton Keynes and Bedford punctuate the trip. There’s a distinct railway flavour to the journey, too, as you crisscross the old ‘Varsity Line’, closed in the 1960s.

The signposted route between the two cities is National Cycle Network route 51, a well-chosen if occasionally circuitous collection of minor roads and cycleways. But to save a 15-mile detour, we suggest you swing off onto the National Byway into Cambridgeshire, which brings you closer to the city on some lovely lanes.

We’d suggest two days for a fit cyclist, breaking the route into 50-mile halves with an overnight around Milton Keynes. Leisurely riders will want to take three or more days. Oxford–Cambridge can be ridden in one day, but we wouldn’t suggest following NCN 51 in that case – it’s a bit too fiddly and indirect for fast cycling. Instead, check out our alternative route following more of the National Byway.

Any bike will be fine. Bar a few short stretches of unmetalled path, it’s tarmac all the way. Nor are there many hills, with an average of just seven metres’ climbing per mile.

Which direction is best?

Oxford to Cambridge, so that the prevailing winds are behind you. Battling a headwind in the flatlands of Cambridgeshire is enough to make you abandon your ride almost before it’s begun.

How much traffic is there?

Route 51 does a good job of finding the lesser-used roads, but the truth is that this is a car-clogged area. On a few roads between Bedford and Milton Keynes you’ll meet a stream of rush-hour traffic; near Bicester you’ll have the roar of the A34 beside you, even if your own road is clear. This would make us wary of recommending it for an absolute first-timer. That said, there are some really beautiful lanes on this route where cars rarely venture.

Is there an official route?

Yes, National Cycle Network route 51, signposted throughout with the standard blue signs. Of course, you never need to follow a signed route religiously, and in this case we’d add two provisos.

The first is that NCN 51 takes a long detour after Bedford, heading north to St Neots and Huntingdon. Although this gives you a long stretch on the butter-smooth cycleway beside Cambridgeshire’s new guided busway, it’s 15 miles that you don’t have to ride. Instead, we suggest taking the National Byway (also signposted) until a few miles outside Cambridge.

The second is that the urban stretches of route 51 can be circuitous even by NCN standards. If you don’t particularly want to see the suburbs of Kidlington, Bicester or Milton Keynes, you can save miles (and navigational angst) with a few well-chosen shortcuts.

Can I avoid the towns completely?

By all means. If you’d rather skip Bicester and MK, we reckon this alternative route will be more to your taste. It still passes through Bedford (with its lovely riverside cycle path) but otherwise it’s rural all the way. There’s a little more climbing and the roads are slightly busier, so we’d suggest it’s best suited to more experienced touring cyclists.

Oxford and Cambridge have direct trains from both London and Birmingham. The route also crosses mainline railways at Milton Keynes, Bedford and Sandy. There’s no direct railway between Oxford and Cambridge, but the X5 bus runs every half hour, and takes bikes for no extra charge. 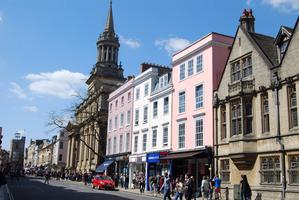 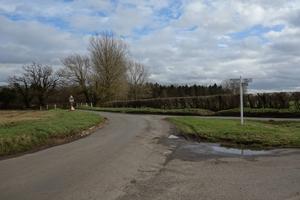 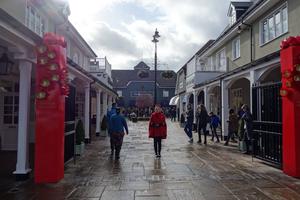 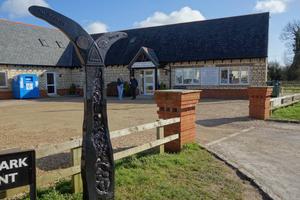 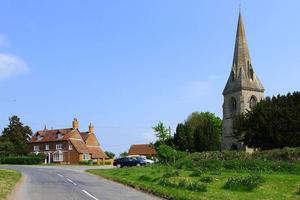 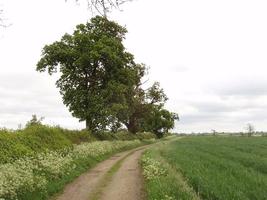 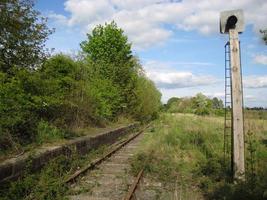 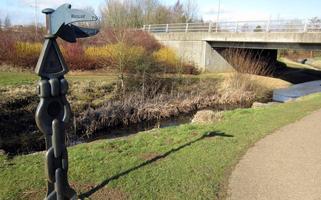 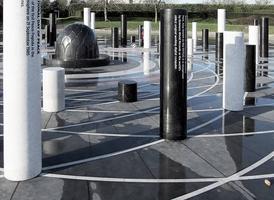 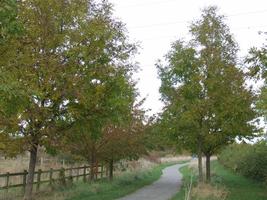 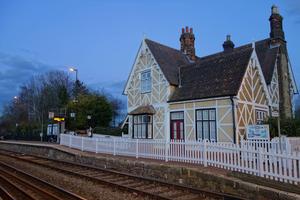 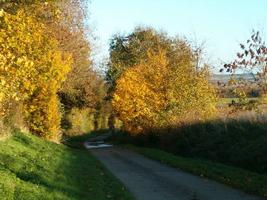 Rode this with my son and his friend in early August 2019.  Weather made it a really easy ride - strong tail winds all the way.  Oxford to Bicester was by the side of a main road for most of the way - there is an alternative route which is linked to on the Bicester page of the Rapha (I know) website.  That looks nicer.  We lunched at Jame's Cafe in Winslow - perfect as you can park the bikes in the back garden and eat inside or out depending on the conditions.  Hearty sandwiches and good cake and coffee.  In Milton Keynes I took a more direct route and apart from everything looking the same (either an underpass or a roundabout) it was cycle lanes all the way.  The bridge over the M1 is being replaced and Cranfield Road is closed until 2020  wym-1565630076078  and there is a diversion which adds a couple of miles and some light industrial estate to the route.  Cranfield and villages to Bedford were nice and Marston Hill is downhill and a good surge for the final stretch to Bedford.  Overnight at the Castle pub which doesn't do food on Saturday night but there is a vibrant pizzeria next door.  Friendly, good beer and a good breakfast.  Bedford was nicer than I had thought.   Only 30 miles for the second day - Barrington looked lovely with picturesque pub and cricket match on when we rolled past.  Cambridge full of bikes and tourists but no less lovely.  All in all a nice ride with some opportunity to get away from the roads.

I was looking at your suggested alternative route (not on NCN51), avoiding Bicester.  Once you get to Barrington I would go South to get on the the A10.  The A10 to Cambridge has been improved for cyclists in recent years ( I live in Cambridge).  Route is tarmacced and next to road, but not on it.  Just after Hauxton you can pick up a traffic free route on the Left, takes you through a nature reserve, lovely ride, stress free bridge over the M11.  Then into Cambridge on a traffic free path along the guided busway (heaving with pedestrians and cyclists in rush hour). Pick up the guided busway track the other side of the Trumpington Park and ride site.

Your suggested route to Barton along A603 isn't great for cyclists IMHO, and you're crossing M11 slip road (needs skill) and a large roundabout.  There are notional bike tracks on side of the A603 here, but you still have to cross the motorway slip road.  This area is due for improvement (writing Jan 2020), but will take many years to complete.

I hope this helps.

Attempted this route August 21 from Oxford to Bedford - the EWR works (East to West railway) which are essentially rebuilding the old disused Varsity Route meant we were endlessly diverted (and often lost!!) between Bicester and Bletchley, so following the NCN 51 signs was very difficult at most stages. Probably one to re-attempt once that work has been completed :) Bedford and the river lovely.

Did this route from just Outside Oxford avoiding all the EWR road closures which you can work out from one.network. would suggest avoiding MK as lots of broken glass and slows down the pace. Also be warned that on route 51 north of Bedford there are some significant gravel sections. Good fun though.