History, not hills. Cycling from Lille to Paris, through the battlefields of the First World War, you’re riding a route known as La Véloroute de la Mémoire – the Route of Remembrance.

The fields you ride through are the very ones fought over so bloodily in 1916. The Thiepval memorial to the 72,000 missing soldiers of the Battle of the Somme is directly on the route.

This might sound like the cycle route that puts the Somme in “sombre”. Far from it. It’s a delightful way to discover Northern France, its sleepy village charm, its easy cycling, and some simply stunning sights that you’ve almost certainly never heard of. You’ll pass Arras and its colossal Grand Place city square; Amiens, historic capital of the Somme; and Beauvais with its stratospheric cathedral. The cycle route links them via a succession of canalside paths, railway trails and quiet country roads… with hardly a hill to trouble your legs.

The route is mostly open, but there are a few sections where signs haven’t yet been put up or improvements are still to be made. Our plotted route follows quiet lanes for easy navigation where there’s no official cycleway yet.

It’s 390km (240mi) from the Belgian border to Paris, or a little less from Lille. That makes this a good four-day tour for a fit cyclist, or a week’s ride for a beginner.

If you want to trim down the route a little, then consider stopping at Pontoise, on the outskirts of Paris. You can then take a train into the city centre. The route into Paris, which is shared with the Avenue Verte, is enjoyable but slow.

Much of the route is tarmac, but there are significant unpaved sections – particularly the Coulée Verte rail trail south of Amiens, and another old trackbed after Noailles. It’s not exactly the Hell of the North, but if you’re on a skinny-tyred road bike you’ll want to skip these sections: easy alternatives are available on nearby D roads. Any hybrid, adventure or touring bike will be fine.

Most of the route is signposted with green-on-white cycleway signs: it’s route number V32. There are a few sections which haven’t yet been finalised, principally the approaches to Arras and Beauvais. We’ve aimed to choose a safe and attractive route for these sections, so take the cycle.travel map or GPX file with you.

Where does the route start?

We’ve dubbed this the Lille to Paris bike route, but the official V32 Véloroute du Nord actually starts on the Belgian border, at Wervik. There’s 15km of easy waterside riding from Wervik to Lille.

Eurostar services run from London to Lille and Paris – so this is an easy route for British visitors. Bear in mind that Eurostar has its own unique arrangements for bike carriage and booking is recommended (see our bikes on trains pages). 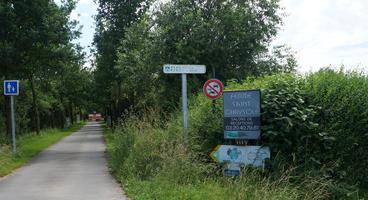 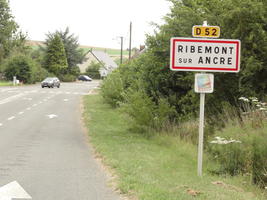 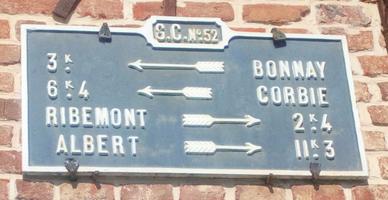 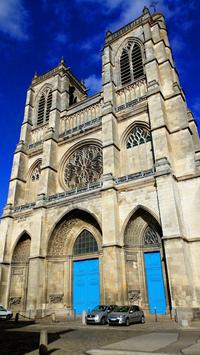 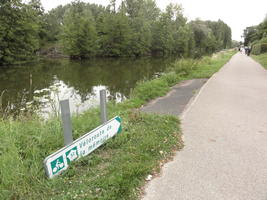 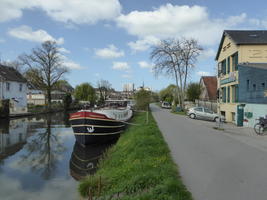 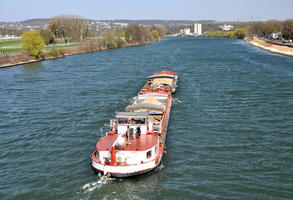 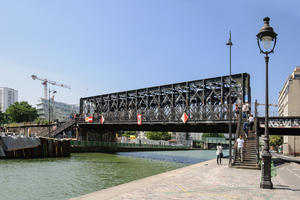 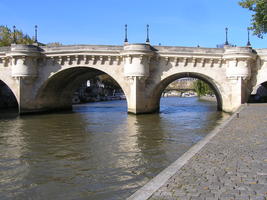 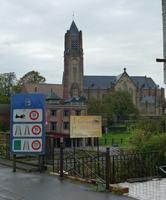 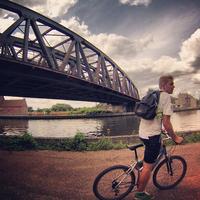