This could be one of the best-kept secrets of British cycle routes. 60 miles of which two thirds are traffic-free; some genuinely breathtaking views; all in a part of the country where we can almost guarantee you’ve never ridden before.

That’s the Heads of the Valleys cycle route, otherwise known as route 46 of the National Cycle Network. It broadly follows the old railway and modern road route inland from Swansea, tracing a course between the Valleys to the south and the Brecon Beacons to the north. Along the way you’ll ride canal towpaths, railway paths, and a set of brand-new tarmac cycleways built specially for this route in the last few years.

It isn’t quite finished. One stretch of towpath is horribly rough, and there’s a missing mile where the choice is between a busy main road or an unofficial field path. But if you’re an adventurous cyclist wanting to discover somewhere new, why not be one of the first to try this route?

You can ride this in a day, but it would make an enjoyable weekend route, too – perhaps staying in a B&B near Pontsticill, on the edge of the Brecon Beacons.

By and large the gradients aren’t too taxing, with the exception of two climbs – one out of Glyn-neath, the other up to the A465 at Gellideg. There are a few short sharp slopes, particularly at Pant and after Brynmawr, but both are short enough to push.

The main issue for beginner cyclists is the gap in the route near Merthyr Tydfil, where officially the only way through is by riding on a three-lane road with heavy traffic. The better alternative is to hoick your bike onto an unofficial field-edge path and push for a short way, though in theory this could be closed off at any time.

Most of the paths are tarmac or good-quality gravel. However, the upper stretches of the Neath Canal towpath are very rough, full of potholes, stones and tree roots. The upshot is that, if you want to do this route on a road bike, you should stick on the B4242 between Resolven and Glyn-neath (three miles) rather than following the canal towpath.

It’s signposted throughout as NCN route 46, with the exception of the first few miles from Swansea to Neath; they begin as NCN 4 and become NCN 47.

At Hirwaun, you can turn up NCN 478 for a short excursion to Penderyn and its famed distillery. We also like the ride up from Waundeg to the quarry village of Trefil and the Top House pub. If you have a little more time, Pontneddfechan, at the top of the Neath Valley, offers rewarding walks to the waterfalls.

How long have you got? Sustrans has developed a terrific array of routes across the Valleys, and you’ll encounter a good dozen of them on your ride. Some are simple shared-use paths beside roads, but there are some terrific railway paths too, such as the route down to Blaenavon and Newport (NCN 492). Couple that with the long-distance routes such as Lon Las Cymru and the Celtic Trail, and you could spend weeks exploring.

Generally, this is a well chosen route. As mentioned, road bike riders will want to divert around the worst of the Neath Canal towpath. Leaving Swansea, we think the Tennant Canal towpath is a more interesting alternative to the official route along a roadside path.

Swansea has express trains from London Paddington, Reading and Bristol. Abergavenny is on the line through the Marches from Crewe and Shrewsbury to Hereford and Newport. In both cases, you’ll need to book a bike space. There are also numerous local services throughout South Wales and the Valleys where bike carriage is largely unrestricted.

If you’re travelling from the south-east, you might want to consider extending your ride to Hereford along NCN 46 (see our separate guide), from where you can catch a direct train back to Oxford, Reading and London. 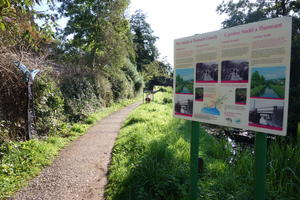 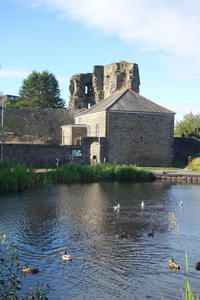 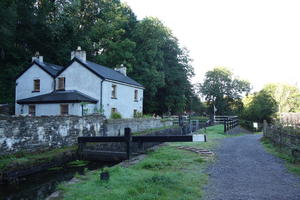 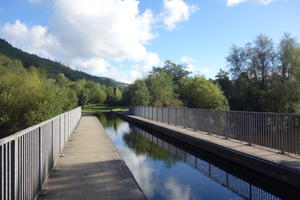 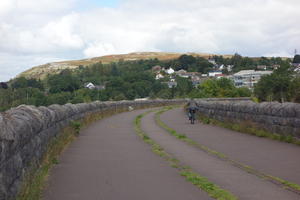 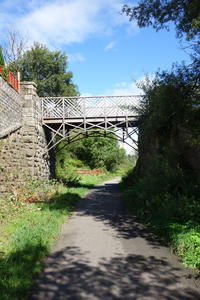 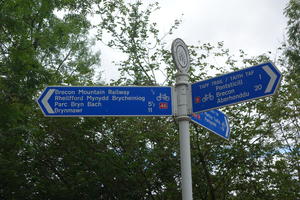 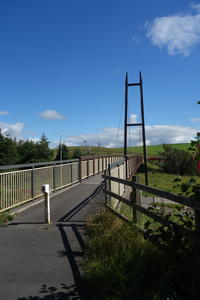 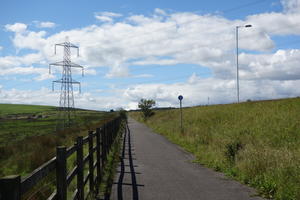 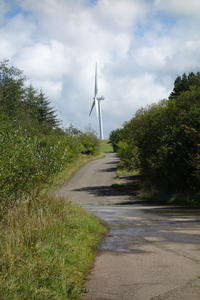 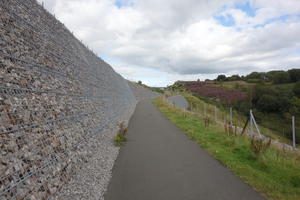 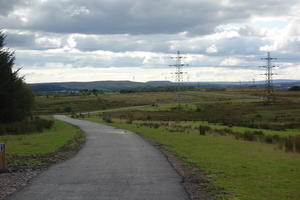